The perfect book to read...based on your favorite song from Sour 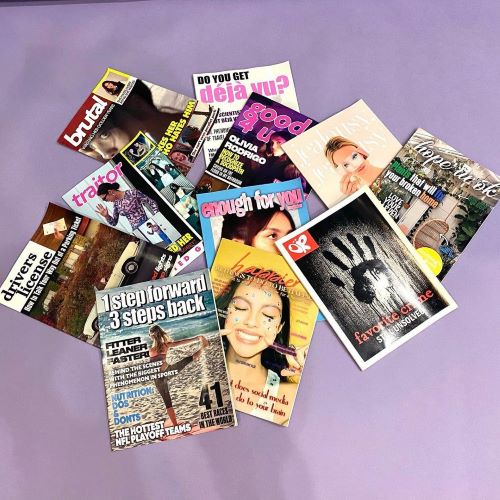 Our *favorite* self-proclaimed spicy Pisces Olivia Rodrigo released her debut album Sour just in time for us to spend all summer obsessing over each iconic track. Full of heartwrenching breakup songs, girl-power pop bops and relatable teen lyrics, we cannot get enough. The different moods of each song on the album hit us right in the feels and we want to keep the vibes going. Whether you're still in love with "Drivers License" or can't get enough of new track "Brutal" we have the perfect book to read based on your favorite track from Sour. 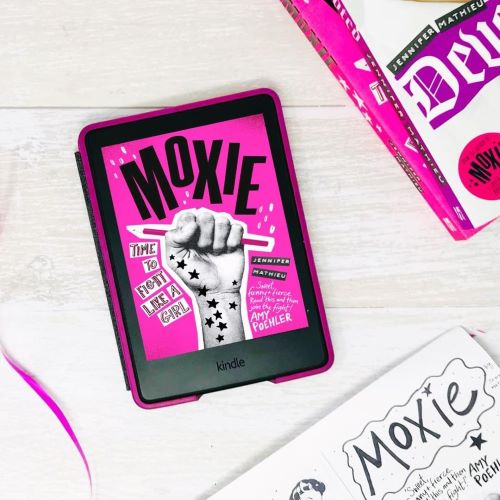 The first track on Sour,  "Brutal" is a pop-rock angry girl masterpiece. Moxie brings the same feminist power with the story of Vivian Carter and her creation of a revolution against sexist dress codes and football team members harassing girls in the hallway. In the beginning of "Brutal" Olivia says that she wants it to be "messy", and Moxie certainly delivers passionate craziness. 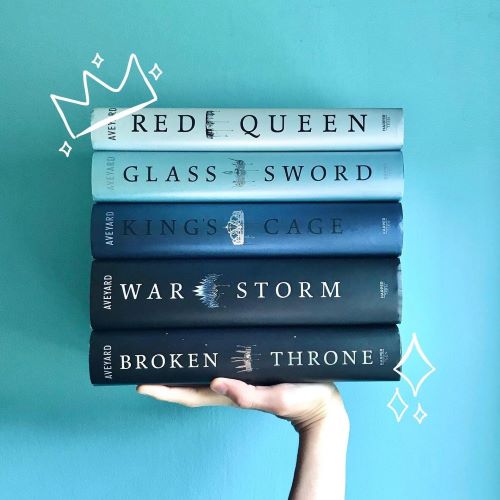 We seriously felt like we were cheated on after listening to "Traitor"....even if we've never been in a relationship. "Traitor" tugged at our heartstrings with Olivia's feelings of betrayal and Red Queen's dystopian fantasy kingdom is the perfect setting for backstabbing and betrayal. Mare's discovery that she's a long-lost elite princess with magical powers throws her into a cutthroat world where traitors are in places she least expects them.

Drivers License: They Both Die At The End 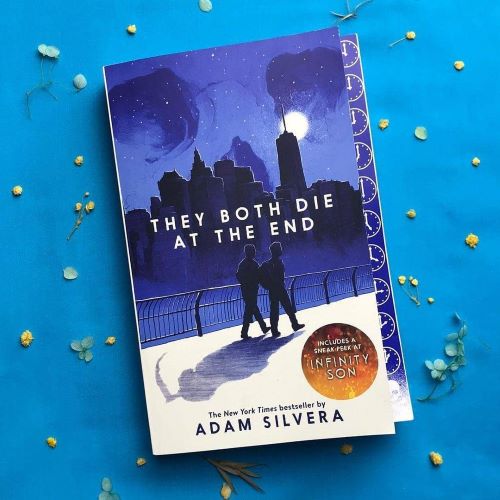 "Drivers License" may have been released in January, but we still shed a few tears every time it comes on shuffle. The Billboard hot 100 single propelled Olivia Rodrigo into stardom as *the* breakup song of the century. We didn't think anything would break our heart as much as the lyric "I just can't imagine how you could be so okay now that I'm gone," but They Both Die At The End will have you deep in your feels with the heartwrenching love story of Mateo and Rufus.

1 step forward, 3 steps back: The Places I've Cried in Public 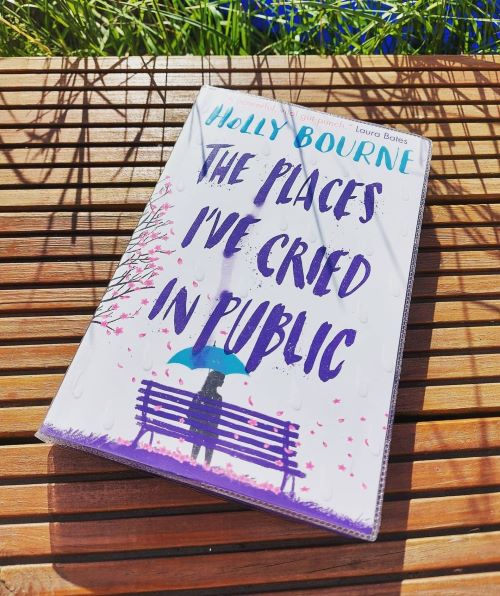 From it's intro music from Taylor Swift's own "New Years Day" to Olivia soulfully singing about a relationship that was *totally* toxic, "1 step forward, 3 steps back" is sorrowfully beautiful. The Places I've Cried In Public follows Amelie and her discovery that her relationship with Reese wasn't supposed to hurt as much as it did and how to heal and move on. 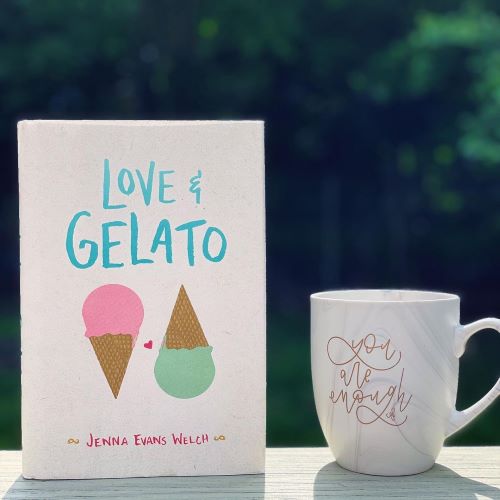 Love and Gelato has everything we love about "Deja Vu": summer, romance, ice cream and of course a little bit of deja vu. Lina is spending the summer in beautiful Italy, follwing the footsteps of her mom (see what we mean about deja vu?) to uncover a magical and sweet world. 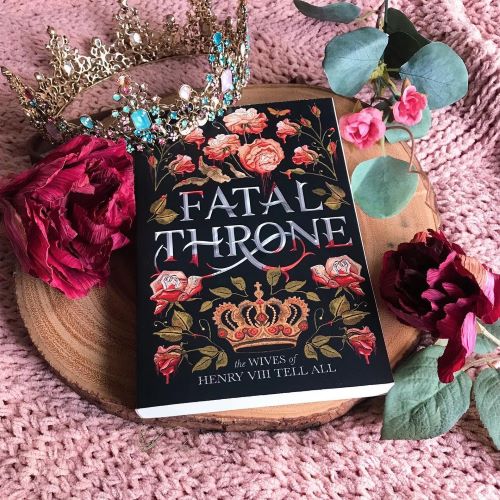 Our favorite *slightly* sociopathic song "Good 4 u" is always on repeat in the car. Windows down of course. A historical fiction novel about Henry VIII and his six wives told from the perspective of each of the queens who thought they loved the king... until he moved on to another girl and left each wife crying on the bathroom floor.

enough for you: To Good to Be Real 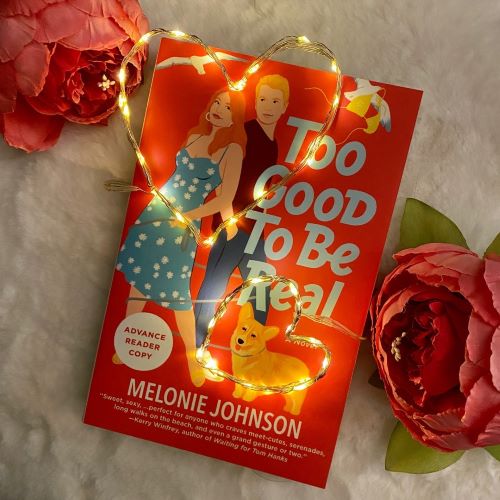 "Enough For You" is all about changing yourself to fit the ideals of what you think you should be for a relationship. Too Good To Be Real follows Julia and Luke and their not-so-meet-cute at a rom-com resort that sparks an unexpected romance... that's not as real as it seems.

Happier: When You Were Mine 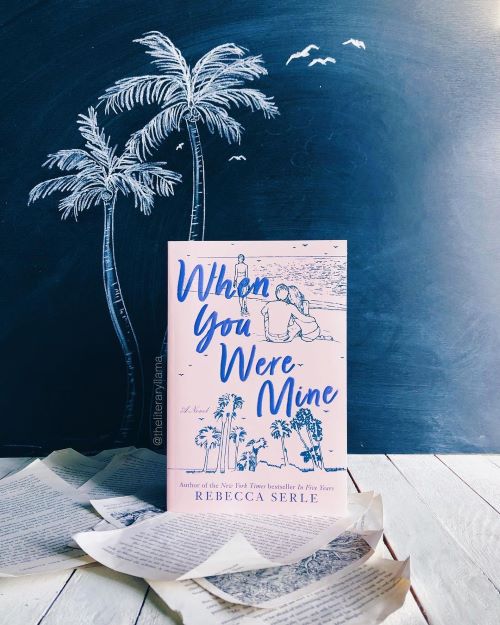 Image: @theliteraryllama
Watching someone you used to love fall in love with someone else can be painful, even if its been a month since you broke up. Rosaline in When You Were Mine watches her old best friend Juliet fall in love with the boy she loves and she certainly doesn't want Rob to find someone better, even if she wants him to be happy.

jealousy, jealousy: How Moon Fuentez Fell in Love with the Universe 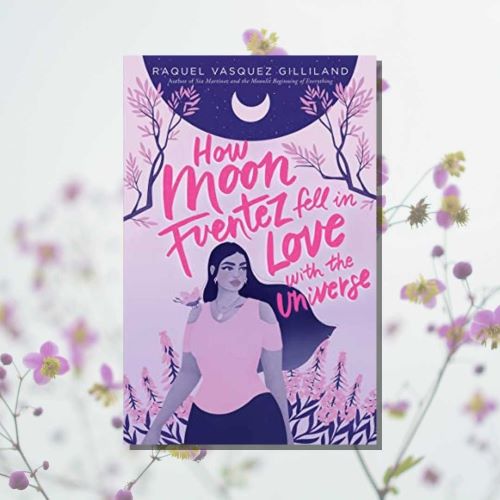 With the rise of social media, comparing yourself to others has never been easier. Both Oliva Rodrigo and Moon Fuentez struggle with comparing themselves to others, feeling like they should be happier and prettier. How Moon Fuentez Fell in Love with the Universe is all about loving yourself and your destiny, no matter what it is. No more jealousy, jealousy please! (Even if we still *adore* the song) 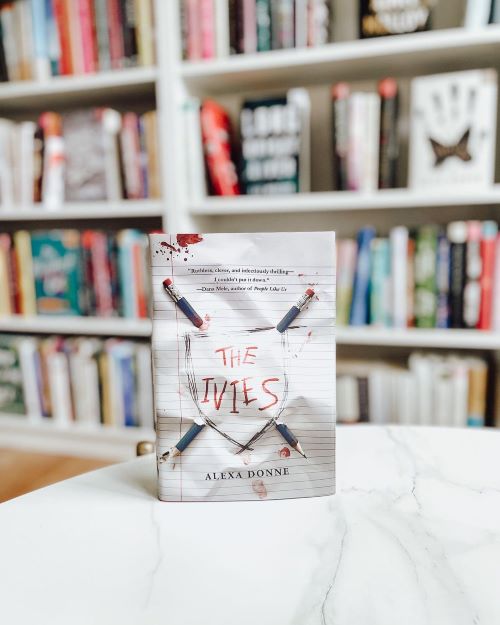 A little darker and mysterious, "Favorite Crime" is one of the tracks on Sour we keep coming back to. All the characters in The Ivies are not against crossing lines to get what they want and the main character Olivia, her friends, and her crush commit a few crimes just to call people (or Ivy league acceptance letters) theirs.

hope ur okay: The Beauty That Remains 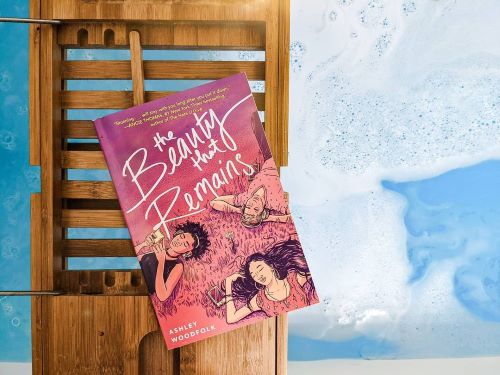 The last track on Sour, "hope ur okay" is a sweet and powerful song about friendship and perseverance through hardships. In The Beauty that Remains, Autumn, Shay and Sasha are each struck by tragedy, but music and friendship unites the group after their grief to create something beautiful.

Still can't get enough of Sour? Check out this Olivia Rodrigo-inspired summer playlist!

Top image and slider: @oliviarodrigo
All Gifs via GIPHY 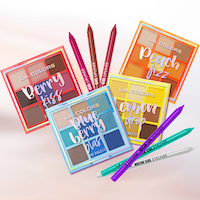 These bold shadows and liners from L.A. Colors level up any look. Enter here!