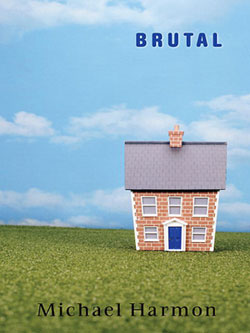 Ever felt like you didn’t quite fit in with the rest of the kids at school? Welcome to the life of Poe Holly. After being ditched by her doctor-mom, who is saving the world in South America, she is forced to move in with a dad she has never met. Awkward!

But living with a new parent isn’t the only thing keeping Poe on the outside. This punk-rock chick from L.A. has a hard time fitting in with the whitewashed world of Benders Hollow—a town used to students conforming to the rules without question. She instantly flocks to Theo, a rebel who happens to be the mayor’s son, and Velveeta, the goofball who has been the target of school pranks since his own arrival in Benders Hollow.

It isn’t until Poe’s arrival that someone finally begins to take a stand. This hardcore rebel with a cause can’t simply live following in the wronged steps of those before her. She takes bold stands in the face of authority without fear. (Wish I could have taken tips from her in high school!)

Brutal by Michael Harmon is a serious read for those who aren’t happy simply taking a backseat to the way things are. It’s a must-read for those who question everything and want to see change (or those who have the guts to sport a Mohawk—something Poe does for herself). But Poe isn’t just someone looking to stir problems; she proves her intelligence through witty sarcasm, too.

Be sure to check out Brutal, in stores now!