Stay cool on your first date with these 10 icebreakers 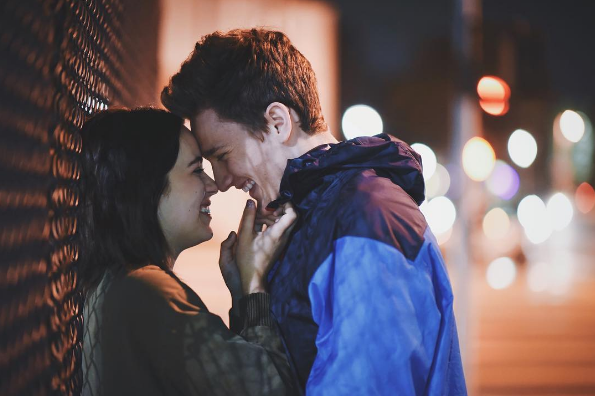 You’ve been looking forward to your first date with your crush for what feels like forever. Things are off to an amazing start! The food’s totally yummy, he complimented your outfit and you still can’t believe you’re spending one-on-one time together. But what do you do when the conversation hits a snag and you’re running out of things to talk about? Use one of these icebreakers and you definitely won’t be at a loss for words.

If he invites you to a dance (or if you invite him), you’ll know exactly what to practice ahead of time.

2. Do you have an innie or outie bellybutton?

This is a quirky way to ask about his body without getting *too* personal.

A guy with a few tricks up his sleeve won't be able to resist showing them off. Prepare to be amazed!

4. What's your favorite song to sing in the shower?

He probably likes plenty of songs, but there's nothing like the one he belts out while sudsing-up. Knowing his go-to shower jam will give you a glimpse of his overall taste in music.

5. Who's your celeb look alike?

His choice will reflect how he feels about himself. In other words, a confident guy won't shy away from telling you that he and Shawn Mendes are totally twins.

6. What’s the most bizarre thing you’ve ever eaten?

Chowing down on some cray-cray cuisine takes guts. If he's had foods you'd never even think about trying, then you might be hanging with a pretty brave guy.

It's hard to pull off an epic prank if you don't know how to think outside the box. Past pranking experience is a sign that your date has a creative mind–and a mischievous side.

8.  What would you do with a million dollars?

Buy a huge house? Start a charity? Comparing his answer to yours will give you an idea of whether or not the two of you are into the same things.

Your date looks up to that person because he wants to be like them. Ask yourself: "Would I date somebody like his role model?"

10. Are you afraid of spiders?

Some guys fear being grilled about what really scares them, so going with a question that’s more specific than, “What’s your biggest fear?” will be much easier for him to answer. You could even swap out spider for another common fear and make an entire convo out of this.

What are your favorite icebreakers to use on dates? Share with us below!