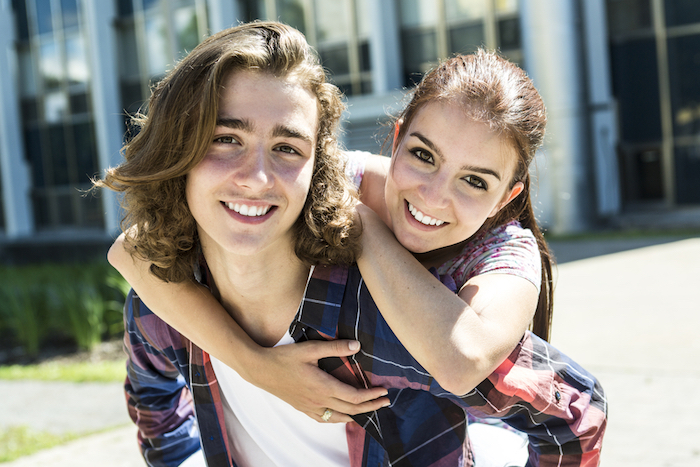 Facebook (as well as other social media sites) lets you show off your relationship status, and people say that becoming “Facebook official” is a surefire way to make sure that your sweetie’s serious about you.

Zoosk says that relationship statuses don’t show the real levels of our feelings because they're nothing more than a few words on a screen. However, that doesn’t stop them from being stressful and super confusing. Ready to reconsider yours? Here’s what you should think about before posting a relationship status online.

When did you start dating?
Knowing the length of your relationship is a helpful way to figure out if it’s something you’re ready to post about. According to eHarmony, you should hold off on making any changes to your relationship status until you’ve “been seeing each other for long enough to want to make it exclusive.”

Have you defined the relationship?
Of course, wanting to make a relationship exclusive and *actually* being exclusive are two different things. Before you switch your single status, check with your guy to see if he’s ready to DTR. You might feel nervous going into this conversation, but getting the facts is definitely better than realizing that you’re not on the same page after you post. Plus, as Zoosk puts it, “these kinds of things are best handled privately between you two before they’re shared publicly with 500 of your closest friends.”

How does your beau feel about going public?
Some social media users share anything and everything. Others are more private and picky about what they decide to post. If your guy is somebody who only feels comfortable with posting certain things, then there’s a good chance that he may not jump on the opportunity to have a relationship status (or to have you include his name in yours). Don’t worry! Although it’s tempting to view the status as proof of his public commitment to you, what he tells you in private means so much more.

How do *you* feel about it?
Maybe you’re the one who’s a fan of living the private profile lifestyle. The same rules totally apply here. Your guy should give you a heads up if he’s interested in spreading the word about your relationship. Instead of just going with it, tell him that you’re not sure it’s the right thing for you.

No matter what you and your beau decide to do, remember this: the only relationship status that matters is the one you create for yourselves.

What's your take on relationship statuses?