Why your crush is giving you mixed signals 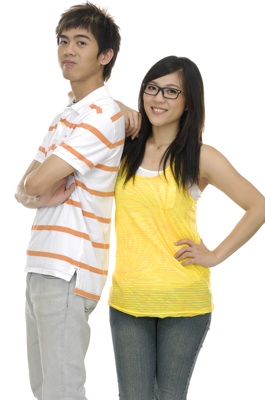 My best friend told me he had a crush on me. I told him that I felt the same way. After that he started hugging me and he acted as if he wanted to date me, but when I asked him out he said no and now he's ignoring me. What should I think?

His Answer: “Straight up: guys are weird. We tend to change our minds but can easily change them back,” says Aaron, 15.

Decoded: Who knows what he is actually thinking. If he told you that he did like you then he must have some feelings for you. Changing his mind and ignoring you may just be a sign that he is nervous and doesn’t know how to act around you anymore, so he chooses to just avoid you.

Your Move: Approach him and see what’s up, since he was your friend before he should be your friend now and tell you the truth. If he says he is no longer interested, then try and build your friendship back up because losing him as a friend may be worse.
Love this post? You’ll heart these, too!