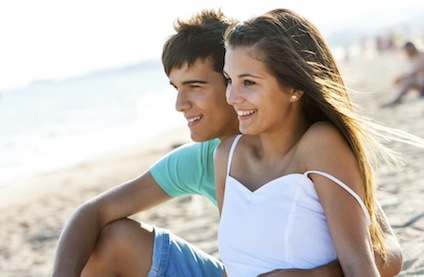 That place in between being friends and dating can be totes intimidating. Here are some cute ways to ask out your crush for the date of your dreams.

1. Find an activity you both like and do it together.

Maybe you both love to swim or have a passion for a certain type of music, so use it to your advantage! Keep it casual and be specific: “Hey, you wanna go to the pool on Friday? I’ve totally been meaning to get some sun”, or “Hey, did you know ____ is playing a concert in a couple weeks, we should get tickets and go together!”

Even if you already know the answer (he is!), ask him if he’s dating anyone. When he says “no”, ask him if he’s doing anything later: if he says no, ask if he wants to hang out. If he says that he is, smile a little and say, “Oh, too bad, we should hang out sometime” before walking away. He should get the message and he’ll end up thinking about the open-ended invite the rest of the day.

3. Hang out as friends—leave as a couple!

If you’re crushing on a friend, just ask him to hang out like you usually do, and then tell him you like him. Keep it cute, casual and shy, maybe just a “I’ve been wanting to say this a while, but I think you’re really cute and I’ve been crushing on you lately. If you don’t feel the same way, we can totally still be friends!” Let him know that it’s not a deal breaker, just in case.

One-on-one can be a little intimidating at first, so why not invite some friends along? Find an activity (like a game, a cool concert, or a party) that a group of you can go to. Make sure you’re the one to organize the group so you can control what friends you trust to be around your crush. Choose wisely so you can get some one-on-one time with your cutie.

We all know how much everyone likes the question game. Next time you’re texting your cutie, get the game started and then about half way through, just ask “would you wanna go out with me sometime?” Totally cute and casual, plus texting will take a little bit of the pressure off!

Shoulders back and head up. Although texting seems like a great alternative (hello, the last way was a flirty text!), it’s also easier to say no over text. If you ask him face-to-face, sound sure of yourself, smile, and stand up tall so your cutie knows that you really want that one-on-one time. If you’re afraid of stumbling over your words, maybe practice in front of a mirror or with your bestie, just to get the phrasing right.

If your guy is more of a shy and book-ish type, slip a note in to his current fave read. If the page is marked, when he’s not looking, slip the note in with the bookmark so he’ll be sure to get the message. If you want to be a little more cryptic and fun, find the words “go” “out” “with” “me” “?” in the actual book and send him the page numbers for a little scavenger hunt.

Summer is the perfect time for some totally cute outdoor activities. Maybe ask him to go to the park or go for a run. Plan it towards the end of the day so you can beat the heat, watch a great sunset, catch some lightening bugs after hours, or even look at the stars together!

…a Hershey’s kiss, that is! If the guy you’ve been crushing on has a sweet tooth, write a cute little note asking him out and give it to him (or leave it on his desk) with a few Hershey kisses.

Occasionally text him when he crosses your mind or when you hear something that reminded you of him. “Hey, I just heard “insert a song here” on the radio and it reminded me of you!” If he knows you’re thinking about him, he may start thinking of you.

11. Score his number and maybe a chance to hang!

If you have mutual friends but don’t have his number, maybe ask him if he’s going to a party or a hangout that your shared friends have been planning. If he is, tell him you totally forgot when it starts and you’re wondering if he can text you the deets and give him your number. It’s a totally normal request that will win you his number and give you a chance to thank him in person while hanging out—score!

If he’s super good at history, ask him to be your study buddy. He’ll feel complimented that you noticed his skills, and it will give you some sweet one on one time. This can be applied to a ton of activities, like if he’s a soccer player, tell him you want to try out next year and you’d love for him to teach you some of his sick skills.

What better way to a guy’s heart than through food? Next time you’re hanging out and order a pizza, write a sweet little “Will you go out with me?” on the flap so he’ll see it. Another way is to write it on the bottom of a paper plate, so when he’s done with his food he has a cool little note.

14. Steal his sweatshirt or jacket

Ok, not really steal… Ask to borrow it because you’re cold (or even better, if he offers it because you’re cold!). Conveniently, forget to give it back so you have to meet up for him to get it back. After you give it back, text him a little later to ask if you left anything in the pockets... When really, the only thing you left was little note telling him you like him. Super sweet!

Literally! If your guy is super sporty get his attention so you’re running through his mind while he’s running across the field. Maybe toss him a baseball or frisbee with “Text me?” written on it, followed by your name or number. Or, show up at one of his games with a sign that says “#(your crush’s jersey number), would you go out with me?”

Instead of just a typical ‘do you like me? Check yes or no’ note, get creative. Maybe use a cute little pun with his favorite snack or on a movie t-shirt he’s wearing. Your cutie likes donuts? Leave him a box of them with “I donut wanna be without you” written on the lid. Is he wearing a Star Wars t-shirt? Leave a note on his desk that says “Be my Na-Boo? ;)”

17. Let body language do the talking

When you and your cutie are talking one-on-one, your mouth isn’t the only thing doing the speaking. Casually touch his arm, make eye contact, occasionally glance down at his lips, maybe try biting your bottom lip a little or licking it, play a little with your hair… Keep things flirty, and let the rest happen naturally.

If you and your crush are hanging out and there are pretty sure signs that he’s interested too, just sort of offhandedly mention, “So, why haven’t you asked me out yet?” Boys can get nervous and he might not know you’re interested, so let him know.

Who doesn’t love a good movie? Hanging out and seeing a movie at the cinema can be fun, but why not invite your crush over for a movie marathon of your favorite series? Off-handedly mention your fave movies while you’re talking to him, and if he says he hasn’t seen them, act totally shocked. “What do you mean you haven’t seen it?! It’s sooo good, we have to watch it, trust me.”

Remember, your crush is just a person too and even though it seems super scary, the worst he can do is say no! Next time you see him, ask him if he has weekend plans, and if not, just go for it: “I think you’re cute and would love to catch a movie!” He’ll appreciate how forward you are and that you’re not playing games.

POSTED IN guys, how to get a BF, how to flirt, crush crash course, Dating

Which Folklore song is your fave? 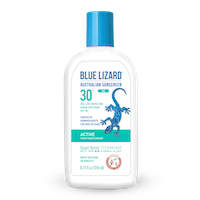