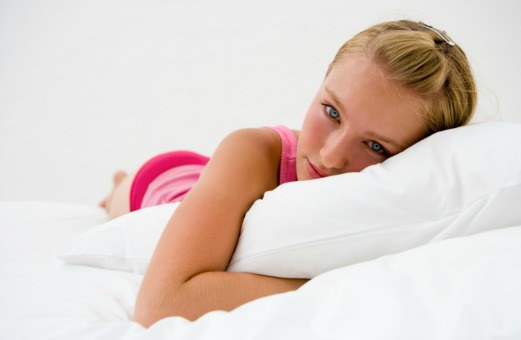 If you’ve been losing out on sleep lately, it might just be that you’ve got someone special on your mind. Science suggests that when you’ve got love on the brain, your sleep cycle suffers.

When we fall in love, we score a serious energy boost. We can concentrate better—particularly on the objects of our affection. When scientists did brain scans of people in love, they found that the brain lights up in major dopamine centers. Dopamine is a neurotransmitter that drives our sense of pleasure. And it, along with hormones like cortisol and oxytocin, is released in bucket loads, causing a nearly hypomanic state. In this state, we tend to spend more time with (or thinking about) the one we love rather than sleeping.

In a study, researchers found that young adults newly in love slept about an hour less on average than their single peers. And the more obsessed the teen was with their relationship, the less sleep they got. The good news? While the zzz’s caught were minimal, their quality was top-notch.

Are you crushing hard (and totally losing out on sleep)? Tell us all about it in the comments!

POSTED IN I can't fall asleep, always tired, valentine's day, Is it love?

Who's your favorite Dance Moms OG?