How to deal with a friend-turned-frenemy 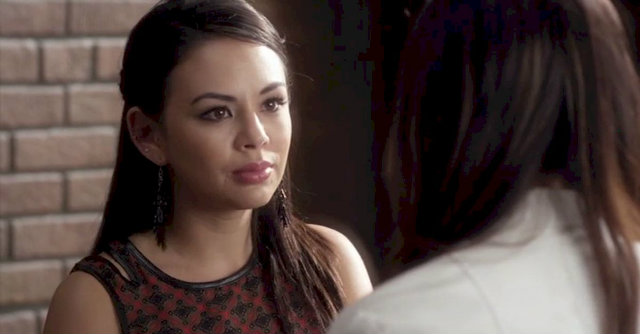 She was your BFF—but lately, she's been more frenemy than friend. Yikes. It's tough when someone you're close to changes for the worse, and you might not know how to act. Do you keep her as your pal (you two had so many good times!)? Or do you break up? Here's our best tips on handling a frenemy...

Be the bigger person.
You've probably heard Mom say that a time or two, but before you roll your eyes at *another* lecture, listen up. It's tempting to fight back when your pal makes a snide comment or hurts your feelings, but stooping to her level won't get you anywhere, trust us. Do the best you can to simply ignore her comments and be the mature one. For example, if she says something like "Do you really think that shirt looks good on you?", you can respond with a polite smile and a "Yes, I do." Don't give her the satisfaction of getting a reaction out of you.

Talk to her privately.
Ignoring her hurtful words is a good first step...but it can't go on like that forever. Pretending like nothing is wrong isn't healthy for any relationship. Pull her aside for a one-on-one chat and let her know how you're feeling. Maybe she's been dealing with a personal issue and has been taking it out on you accidentally. Or maybe she just really has changed. Whatever it is, putting it all out there in the open is the best way to resolve your pal probs.

Accept the reality.
OK, so she is probably not going to be your BFF again, unfortunately. And you *still* have to see her on the reg because she's part of your social circle. Time to face the facts and learn how to be around her...without getting upset. Change the way you view your friendship and, with time, you'll better adjust to the way things are now.

Do you have a friend who became a frenemy? Let us know how who dealt below!