Want to play a sport in college? Here's how, from a 16-year-old D1 soccer commit 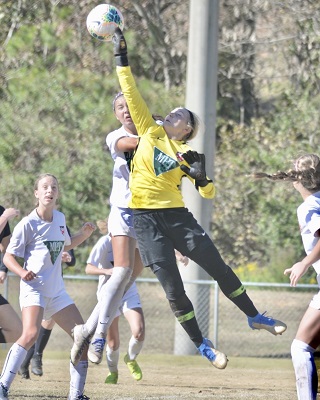 Maybe you've been playing competitive soccer since the first day your little feet could fit into a pair of cleats. Or maybe you joined your school team this year, and you're loving every second of the game. Either way, you clicked on this article because you have an interest in playing a collegeiate-level sport.

Choosing whether or not to ditch your sport after graduation or continue the journey into college is a huge decision, and we're here to help. Girls' Life talked to 16-year-old Grace Spriggs, a student-athlete from Baton Rouge, La. who just verbally commited to play soccer at NC State in Raleigh, NC. If you have a million questions about playing sports in college, Grace has you covered with *all* the answers, from how to begin the actual process to keeping a strong face in times of rejection.

Girls' Life: When did you know you wanted to play soccer in college?

Spriggs: Probably about 7th grade, but I've been playing since I was six. My older sister would attend ID camps, so I would just go along with her. After going to a lot of these camps, I really started to think about my future and what kind of school I wanted to go to for soccer.

GL: How did you begin the process?

Spriggs: Everyone has to start somewhere. I began with recreational play, then I got more competitive with club soccer. As I got older, I always wanted the most competitive option. I started emailing coaches, attending a ton of ID camps, and researching potential schools. I would also make videos of my highlighted plays on the field and post some on Instagram. You can't be afraid to put yourself out there.

GL: What is a college ID day and how do you register?

Spriggs: You can find a school's ID camp on their website. It usually comes with a fee. Some you can stay over night, some are just one day. It's basically just an oppurtunity to show the coaches what you have to offer. They may break everyone up into their field positions and work specifically on that. There are some "general camps," where coaches from multiple schools show up to observe and and critique. I'm not going to lie, these camps are extremely uncomfortable, and they can really stink. You're putting yourself out there, and a coach can deny you at any moment. You just have to fight through it. At the end of an ID camp, you go up to the coach, introduce yourself, and say thank you. Doing this is *key* because so many girls simply don't think about it. You'll really stand out from the crowd in the eyes of the coach(s).

GL: Do college sports care about your grades?

Spriggs: They absolutely do. The ACT is huge! The higher your ACT, the better you look. If they put you up against a girl with a similar talent level and higher grades, they're going to choose her. Obviously different schools have different standards. For example, an Ivy League school will care tremendously more about your grades.

GL: So, how do you balance school and soccer?

Spriggs: You have to set priorities. You're going to be doing your homework while other people are partying and staying out late. It's about being responsible, organized, and setting priorities. School is first, then sports next. But you don't have to be so serious all the time; you really have to love the game, and if it's not fun, you shouldn't do it.

Spriggs: I exercise a lot! I'm a goal keeper, so you have to be very agile. It's much more work than people assume. I try to run almost everyday, and I do skill work on my own when I'm not with my team or my goalkeeping coach. For eating, it's all about balance. If you're so strict every single day, you're going to burn out. I try to drink a lot of water, eat my fruits and veggies, and choose grilled foods instead of fried foods. Sleeping is extremely important to me, too. If you want to play at a higher level, you have to nourish your body.

GL: What does "signing with a college" actually mean?

Spriggs: Once you "sign to a school," that means you're giving your word to go play for them. You're a part of the team the second you choose. If you end up not liking it, that's totally fine. You can always transfer; you're never trapped. In this process, character is everything. If you agree to play, it's about being honest and kind and showing who you are. Be honest to the coach what you're looking for, and they'll be honest with you in return. You never want to be caught in a web.

GL: How did you deal with downfalls along the way? Did you ever feel totally defeated?

Spriggs: To put it in perspective, I'm 5'5". Most coaches want their goalkeepers to be 5'10" or 5'11". I just know this is how I was made, and I'm going to use it to the best of my ability. You're going to have coaches say "I'm not interested" to your face. Even your own teammates and thier parents will yell at you. One time, a parent told my mom, "I have it on good authority that she's too small for a D1 school." Belief in yourself is a priority if you want to go far. Because in the end, you're the one working and performing, not anyone else. Remember to surround yourself with people who believe in you, even at your lowest. Those people will be the ones who help get you where you want to be.

GL: Overall, what's your best piece of advice for girls trying to play a sport in college?

Spriggs: Kinda cliché, but it's all about your work ethic. It's kind of a lonely process, because you're going to see your friends having fun and partying on Instagram. It's about doing schoolwork on those car/plane rides, or watching tactic film when you'd rather be on Netflix. But if you work hard, you'll get there, and it'll be so worth it. You're gonna have a lot of highs and a lot of lows, but overall, if you're a hard worker and a kind person, you're gonna get where you want to be. Have belief that you can do it. 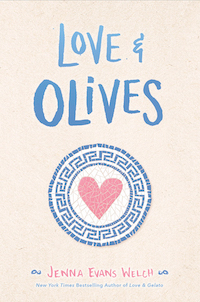