Kheris Rogers: "We need to talk about colorism"

In the wake of social change, Kheris Rogers, 14, sheds light on the dark issue of colorism—and shares how the Black Lives Matter movement has strengthened her confidence in her complexion. 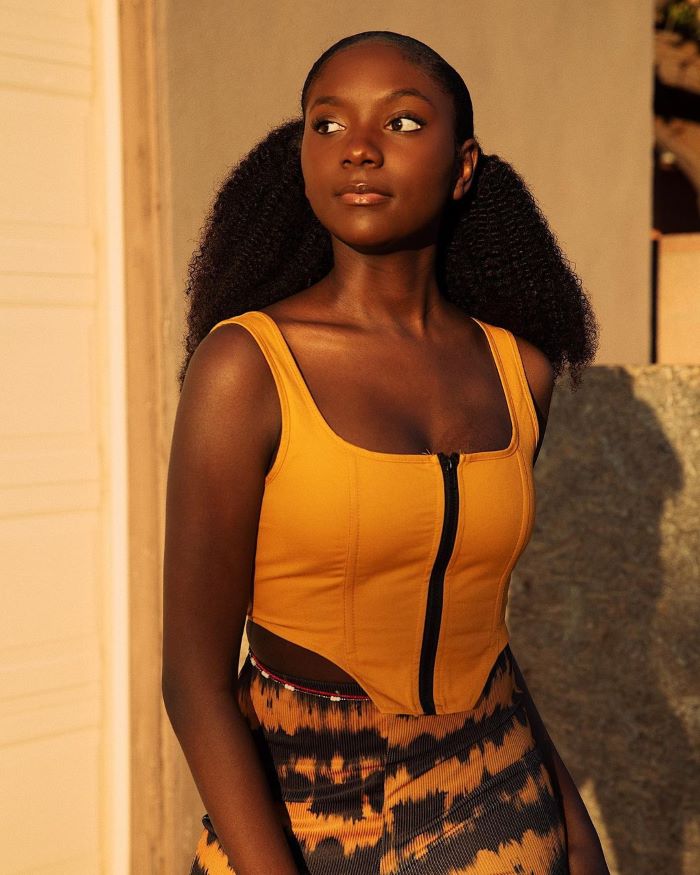 Even though I was just a little kid at the time, I started to get the sense very early on that my skin color wasn't celebrated as traditionally beautiful by other people.

Right now, because of the Black Lives Matter movement, many people are being awakened to the discrimination, injustice and torment that Black people experience on a daily basis. This growing level of awareness is a good start, but at times I wonder if everyone understands just how deep the effects of racism go—and how it affects Black people not just based on the color of our skin, but on the specific tone of our skin, as well.

Flexin' in my complexion 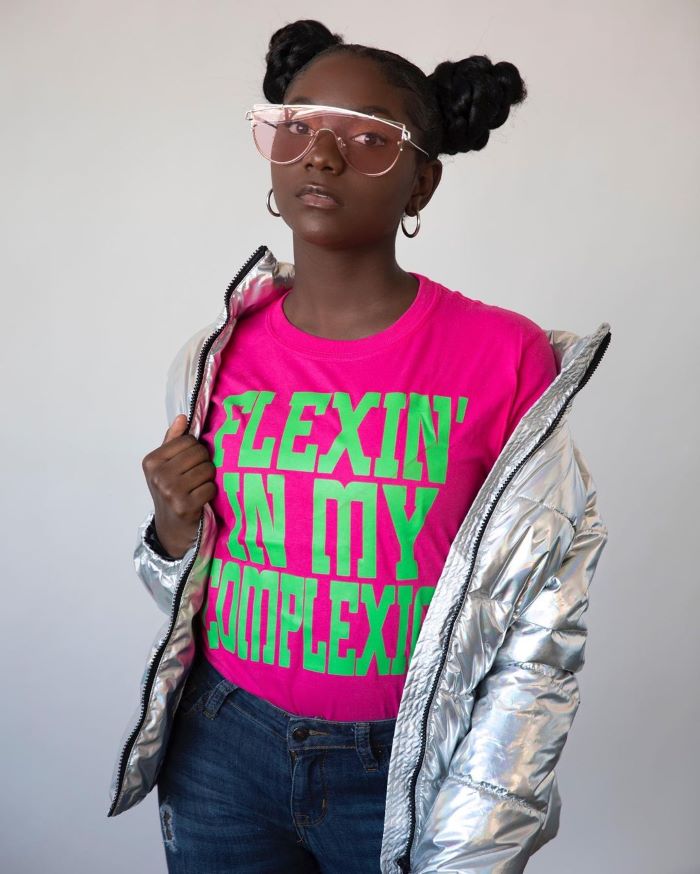 For me, it started back in grade school. My mom pulled me out of a school where I was one of only a few Black students (I was being bullied because of my race) and switched me to a predominantly Black school. Problem solved? Not exactly. Suddenly, I was being mocked and harassed not because I was a minority, but because of my darker skin tone.

That's when I realized what colorism truly was: being belittled based on the specific shade of your skin.

I was called names like "burnt biscuit" and told that I've "been in the oven too long" by classmates who were lighter than me. Those were hurtful ways of saying that I was too dark—and therefore not as "pretty" as a light-skinned Black girl or an actual white girl (because, I learned, even Black people have been historically conditioned to idolize white beauty standards). It was especially painful because I thought we were supposed to uplift each other—I thought I was in a safe space with my peers. But I could still feel the sting of racist attacks and taunting bringing me down.

My grandmother is from Louisiana, so she's always coming up with fun and clever ways to phrase her feelings. When she first told my sister and me to "flex our complexions," I didn't realize how important her message was. But after being teased for so long, it sunk in—and it has been a part of me ever since.

Those words inspired me to launch my business: a fashion line designed to encourage confidence in your complexion. Those words made me realize that I had had enough—enough of not being proud of every part of me, enough of being judged by discriminatory beauty standards.

I realized that the things I experienced—racism, colorism—are bigger than me. I wanted to make sure that every brown and dark-skinned girl knows she's completely and totally beautiful. 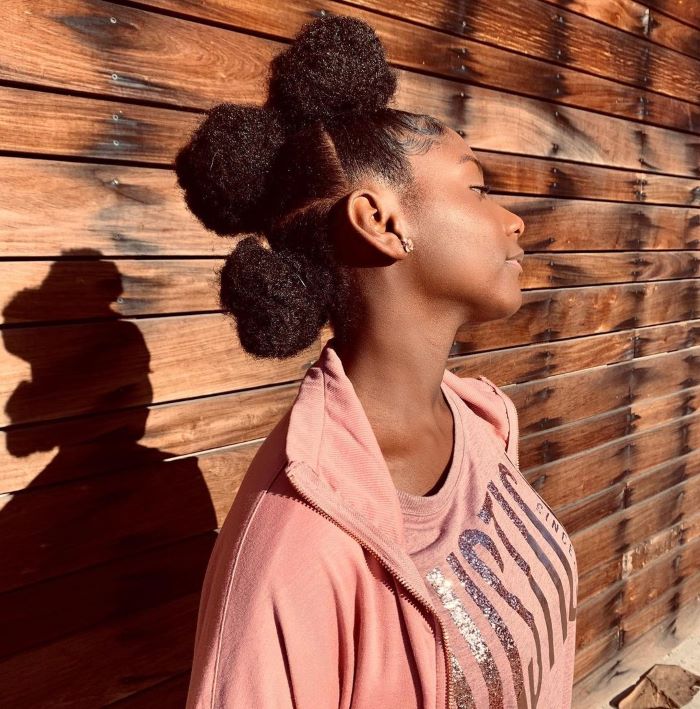 We don't often talk about colorism as much as racism because some people find it hard to define, but we need to discuss both problems since they go hand in hand. When someone isn't treated fairly because of their race—that's racism. But when someone is treated as less-than because of the shade of their skin—that's colorism.

The effects of colorism can be seen in everything from what products are available in stores (more on that later) to which Black actors get the biggest roles (often the ones with the lightest skin).

You'll find colorism in unfair treatment in the school system (dark-skinned girls are three times more likely to be suspended from school than lighter-skinned peers). And you'll also see it in problematic beauty treatments (the pressure to be lighter has forced some darker-skinned women, from many cultures, to turn to skin-lightening products, which use harmful chemicals to literally bleach the skin).

Name-calling in school isn't the only form of colorism I've personally experienced. More recently, when I've been on set for photoshoots, there have been occasions when a makeup artist couldn't match my unique skin tone with foundation or powder—not because they didn't care, of course, but because the right shade simply wasn't available from many beauty brands.

I've also worked with makeup artists who struggled to mix the right hue for me because they didn't have any training or knowledge about working with skin tones beyond a certain color. These types of experiences are a less direct form of colorism—but they feel just as terrible. The reality is that many people and many brands don't even consider darker skin and that is a huge part of the problem.

That's why I look up to trailblazers like Rihanna, who has made a huge impact in the beauty world. When she came out with her legendary range of 40 (yes, 40, and now 50!) foundation shades for Fenty Beauty, I was just amazed. She changed the game. That first groundbreaking Fenty drop sent the beauty industry a loud and clear message about the importance of shade ranges that celebrate and recognize all the diverse hues and intricate tones of darker skin. It sounded the alarm for every brand that was currently offering "ranges" with just a few select shades for dark skin, but dozens of light variations. And suddenly, many other brands were scrambling to follow in Fenty's footsteps.

Today I'm making it my business to use my voice—and shine a light on these issues in real time as I experience them. Now, when I'm working with beauty brands, I have no fear in saying, "You need more diversity; you need more inclusivity." I want people of all races to see the power and beauty of being Black—in all its tones and hues.

Brands have been quick to post BLM support on social media, but real actions are what matters—hiring more people of color, creating an inclusive culture, expanding their view of the world beyond their own singular experience. It's my hope that by speaking up, the next Black girl in the makeup chair won't be made to feel anything other than totally enamored with her skin. 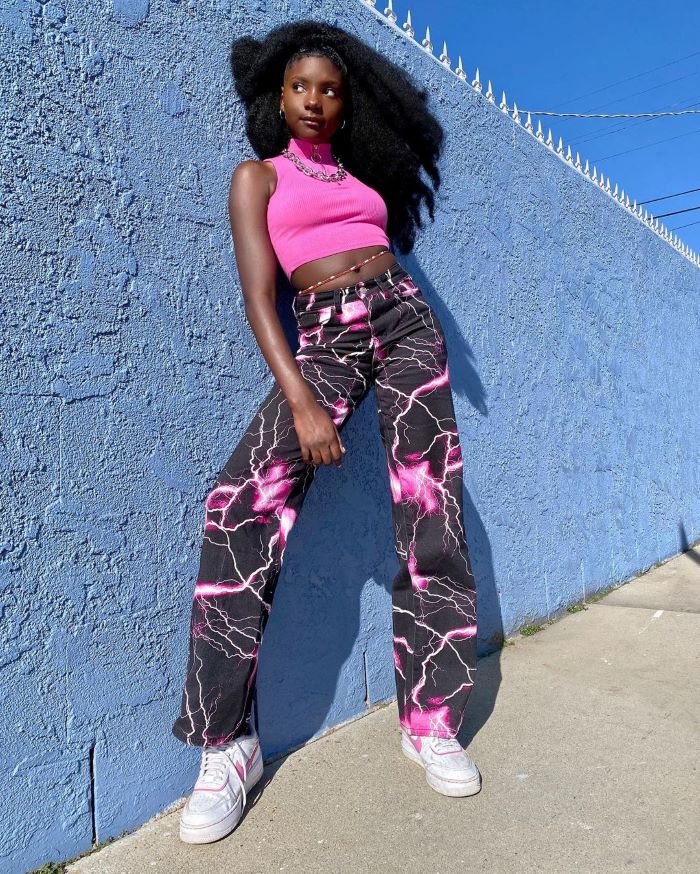 I've been spreading skin tone positivity for four years—but it wasn't until 2020, and the Black Lives Matter movement came to the forefront, that I truly felt empowered to speak up about tougher issues like police brutality, politics and even skin bleaching. BLM has changed how I celebrate my skin color, and how I look at being Black in general.

I want you to know that if you feel different, or anything less than proud of your complexion, you need—now, more than ever—to find your allies and stand by each other's side.

It pains me to see so many young Black queens and kings trying to dim their own light because they feel pressure to conform to what the world has them is beautiful. But I see that changing, and I'm going to be part of that change. I hope you'll join me. 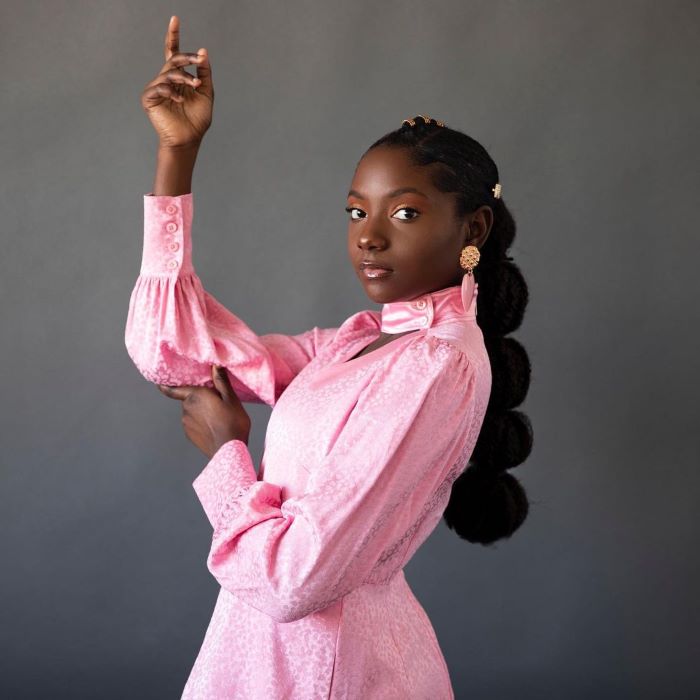 Kheris Rogers is the founder of the clothing line Flexin' In My Complexion. This year, she's added singing (as part of girl group Run The World) and acting (in Season 7 of Chicken Girls) to her ever-growing list of accomplishments. Follow @kherispoppin on Instagram for more.