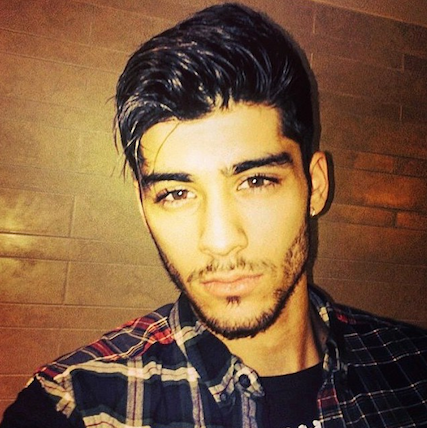 Another week gone by, another seven days full of our fave celebs doing some truly awesome things. Get the 4-1-1 on who is making a difference, who might be fighting with their label and who is making 2015 their year.

The 2015 Special Olympics World Games are set to happen in Los Angeles from July 25-August 2 and Cody Simpson has teamed up with Marc Roberge of O.A.R. to create the official song of the games. The tune, "Reach Up," debuted on Good Morning America where Cody and Marc were joined by two Special Olympians who sang along. We love that the song is all about the importance of reaching out to help and encourage others and that celebs are proudly promoting Special Olympics.

After two years, Nick Jonas and Olivia Culpo have reportedly called it quits. The two are known for hitting the red carpet and posting insanely cute date pics on Instagram, and we don’t know which one we’re going to miss most. With Nick’s hectic tour schedule, it became more difficult for the two to see each other and while everyone was speculating on their relationship, Olivia sent out an encouraging Tweet to her followers saying, “YOU are enough." Still, we're hoping that this is just a rumor and the two will clear up things up soon.

It’s no secret that Selena Gomez has been on a hot streak ever since she posted to social media that she is releasing new music. With teaser trailers, music snippets, a new partnership with Pantene and promoting her new movie, Hotel Transylvania 2, we didn’t think Sel could add anything else to her already packed schedule. Apparently, Selena is superwoman since she'll also be hosting the national broadcast of We Day on August 21 at 8 p.m. on ABC. We Day is all about empowering and inspiring the younger generation to become active participants in changing the world we live in, and we know that Selena is one of the best people for this job. We can’t wait to learn more about this awesome event.

After One Direction updated their website’s band bios to include Zayn Malik’s, which was previously taken down, fans started to wonder if there was a chance that the former boy band member was returning to the group. It didn’t help that 1D’s Zayn departure announcement had also gone mysteriously missing from their Facebook wall. Sources claimed a reunion was out of the question and that Zayn was hard at work on his solo projects, but after English rapper Mic Righteous shared a song the two had worked on, stating that Zayn had asked him to leak it to get around a two waiting period the label had put on any new releases. Neither Zayn nor his label have commented on the rumors, but we’re keeping our ears open—and praying that we won’t actually have to wait two years for a Zayn solo song.

Did anyone else jump out of their seats and cheer when word got out that a third Princess Diaries movie was happening? The first two were absolutely amazing, and after reading Royal Wedding, a new Princess Diaries book from author Meg Cabot that came out earlier this month, we’ve had Mia on our minds. Unfortunately, it looks like the rumors that the studio was working on another Thermapolis sequel were just that—rumors. Consider our hopes seriously dashed. Still, with so many movies and books getting reboots, we’re crossing out fingers that we’re not done with Mia’s story just yet. After all, can you imagine a TV show following the fourteen book series about a normal girl discovering her life as a princess? Get on it, Netflix!