Is One Direction dropping their new album tomorrow?! 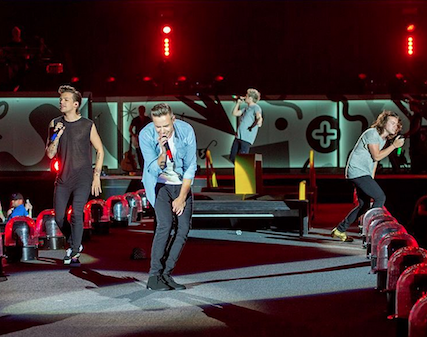 Looks like it’s going to be a sleepless night for One Direction fans! The long anticipated fifth album from the British pop sensation is rumored to be dropping at midnight and hitting stores tomorrow. Ever since the band released their hit single “Drag Me Down,” fans have been on the edge of their seats waiting to hear the rest of the album. The good news is it looks like we won’t have to wait much longer. Just ask Siri.

That’s right. Leave it to Siri to spill the beans on the release of One Direction’s surprise album. Siri, “When is One Direction’s new album being released?” Check out what she has to say. 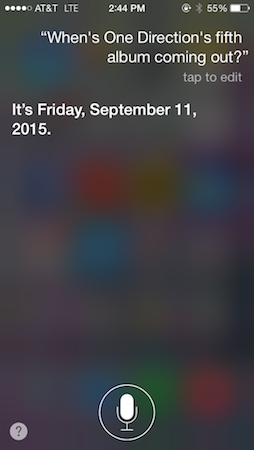 We sincerely hope Siri isn’t trying to pull a fast one on us because this seems too good to be true. Apparently there are others who feel this way too, as it was reported a few hard core “Directioners” called a Walmart store to see is they could verify the release date. When they asked when they could purchase the album, the employee confirmed it would be out Friday, September 11th. Watch one Directioner's video here.

If you need us tonight, you can find us camped outside of Walmart—just in case.

Are you ready for 1D's fifth album? Do you think it's really going to drop tomorrow?