The WNBA selects Gianna Bryant as an honorary draftee

Gianna "Gigi" Bryant shared a passion for basketball with her dad, Kobe, and dreamt of one day playing in the WNBA. Though her life was tragically cut short on January 26 following a helicopter accident that also killed Kobe and seven others, the WNBA found a way to honor Gigi's spirit by announcing her as an honorary pick in their 2020 draft.

Two of Gianna's former teammates who also passed in the crash, Alyssa Altobelli and Payton Chester, were also named as honorary draft picks.

Gianna's mom, Vanessa Bryant, wrote a beautiful tribute to her late daughter, congratulating her on the accomplishment:

I’m so proud of you, Gigi. God I miss you baby. You deserved to live a long, healthy and happy life. I wish I could hold you and tell you how proud I am of you. You’re the best, baby girl. Mommy loves and misses you more than I could ever express. ❤️ @WNBA #2 Gianna “Gigi” Bryant Youngest draft pick ❤️🏀My “mambacita” a.k.a. Wings

She also filmed a heartfelt thank you to the WNBA for honoring her daughter and encouraged all of this year's draft picks to "use that Mamba mentality."

Vanessa Bryant thanks the WNBA for honoring Gigi, and shares some wisdom for the 2020 draft class. pic.twitter.com/CwvyxqG0fi

Were you moved by the WNBA's gesture for Gianna, Alyssa and Payton? Let us know in the comments! 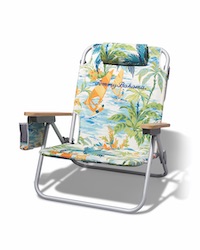