Madison Reyes spills all about fashion, finding her voice, her Julie and the Phantoms co-stars and more 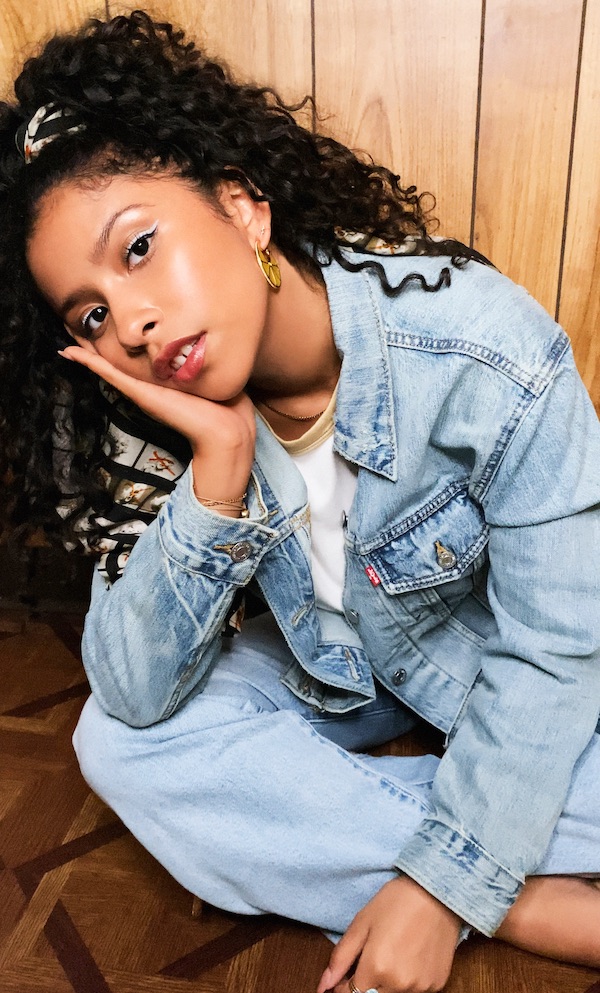 Madison Reyes is the 16-year-old breakout star of Netflix's latest masterpiece, Julie and the Phantoms. The newcomer beat out thousands of hopefuls to land the role of Julie, a young girl grieving the loss of her mother who finds her voice again when she goes to clear out the family garage and finds an old CD that unleashes a band of three (very hot and datable—you know, if they were alive, that is) ghostly guys. Julie joins the group and just like that, Julie and the Phantoms is born.

The show is sure to be your next big obsession, especially if you love Disney classics like High School Musical and Teen Beach Movie. We chatted with Madison about the show, the soundtrack, and, of course, her crush-worthy costars, Charlie Gillespie (who plays Luke, the Phantoms' lead guitar player), Jeremy Shada (who plays Reggie, the band's bass player), and Owen Patrick Joyner (who plays Alex, the band's drummer).

MR: My family played a role in helping me on my journey as an artist by being so supportive. I’ve always been passionate about music and that passion grew as I got older, especially after I discovered High School Musical. Watching Vanessa Hudgens sing and dance around her school was so cool and that made me want to be a performer and an actress.

GL: Speaking of your journey, can you share a little about your background with music and acting?

MR: I went to performing art school for two years, but besides that everything else I taught myself (such as piano and acting). When it comes to singing, I was very involved with church choir and school choir.

GL: When did you first start singing and how did your family react? How did they react when you told them you wanted to act and sing professionally?

MR: I can’t remember exactly when I started singing, but I know I was young. My mother is in the military so I remember singing for family events they would throw for the soldiers and their families. When I told my parents my dreams of becoming a singer/actress, it was all love and support. They have always encouraged me to follow my dreams and work hard for what I want.

GL: What was it like recording the album for Julie and the Phantoms? How does recording in the studio compare to performing live or rehearsing with the guys on set?

MR: Recording the album for Julie and the Phantoms was crazy. I had always dreamed of being in a recording booth. To finally record the songs in the show that we had been working so hard on to perfect made it all come together for me. It made everything feel real and like the band truly was coming together.

MR: Actually, me and Charlie did our own song, called "Perfect Harmony," and that kind of became more like a ballad than rock.

GL: That's awesome! What did you learn about Charlie by writing together?

MR: You get really close and you have this connection because you're sharing your thoughts and you have to be very open with what you like and what you don't like when you're writing a song—especially when it's a duet because you're both going to be singing it. You both want to make sure that you have lines that you feel deserve to be in there that you like, and that you can be yourself even though you're writing together. So writing the song was a really good experience. It helped us get closer as friends, and it helped us realize like how Julie and Luke might experience writing songs on a daily basis.

GL: Where did you and Charlie get the inspiration for the song?

MR: When it came to the inspiration for “Perfect Harmony,” we thought about the moment Gabriella and Troy shared on the rooftop in High School Musical when it was raining. That moment really reminded us of Julie and Luke, so going off that we got the kind of vibe we wanted for our song.

GL: What was your and Charlie's process like writing the song for the movie together? Did one of you take the lead on writing the lyrics and another focus more on music or did you work together equally on everything about the song?

MR: Charlie and I both gave ideas equally in the writing process for “Perfect Harmony.” We were together or would find each other during any breaks we had on set and our lunches quickly became writing sessions. We used any extra time we had to write the song. Sometimes when we got stuck the boys (Jermey and Owen) and even my dad who was always on set would help us through by sharing their thoughts and what they thought.

GL: Which of the songs from the movie is your favorite to perform live and why?

MR: My favorite band song is “Bright,” and the reason behind it is because it was the song we sang at the auditions. It was the song that brought us together as a band. Getting to watch the process of how the song evolved as our voices did and watching us grow closer as friends and bandmates was so rewarding. The moments leading up to performing “Bright” in front of a large crowd live gave me chills! The hard work and dedication really paid off when we got to see the reactions of the extras on set to us playing.

GL: Which of the songs from the show do you connect with most on a personal level and why?

MR: This is the first time that I’ve gotten asked this question! My answer would be “Wake Up.” As a teenager there’s a lot of pressure on us and pressure only grows as we get older leading up to becoming adults. I realized the message behind “Wake Up” on the last day of auditions. Since then, whether I feel pressure on how I’m supposed to look or act, I look back on the song and think,  just wake up! You don’t have to do something crazy big and world changing to be happy everyday. If waking up and getting a bowl of cereal makes you happy, go ahead. If that's going to help you reach your goal, then do it!

GL: If you and the guys went on tour as Julie and the Phantoms in real life, what would you look forward to the most about touring and what would you be most nervous about when it came to touring?

MR: What I'd look forward to the most if we got to tour would be interacting with the fans and having a tour bus. Hanging out with the guys is so much fun and when we’re together, we truly are Julie and the Phantoms We’re constantly messing around and pranking each other, so traveling the world together and being able to play the music we love would be an even bigger dream come true. What I'd be most nervous about is not having my little sister and mom with me.

GL:  Do you write music on your own in real life, outside of your work on Julie and the Phantoms? Who are your biggest influences and what are the experiences and people in your life that inspire your songwriting the most?

MR: “Perfect Harmony” is the first song that I wrote with the intention for it to be heard by other people. I've written songs in private, but they were just me messing around. The people I look up to in the music world are Ariana Grande and Melanie Martinez. Melanie was someone I looked up to because of how she writes her music and also because of her gap. As a person with a gap, I was always so self-conscious about it because I didn’t see many people with one outside of my family. Seeing her made that all fade away. As for Ariana, I’ve been listening to her since her first album “Yours Truly,” so I was about the age of 9. Watching her career grow was so inspirational and I hope I can do the same.

GL: Do you have any funny stories about performing with the guys as Julie and the Phantoms that you could share with us?

MR: The funniest thing I can remember is when we were filming “Bright.” Jeremy is the sweetest. It was really hot on stage and he had a little fan, so he was trying to help cool me down. He lifted my hair to get the back of my neck, and the fan got caught. It was so funny, but chaotic since I had to leave the set soon and we needed to get this last take. He felt so bad when they said they might have to cut my hair to get it out. Luckily no hair was cut, but it was a very funny experience that didn’t happen once, but twice (the second time Jeremy wasn’t the cause!).

Watch Julie and the Phantoms streaming now on Netflix and stream or buy the soundtrack, out now. 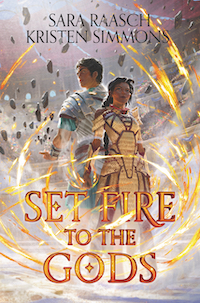