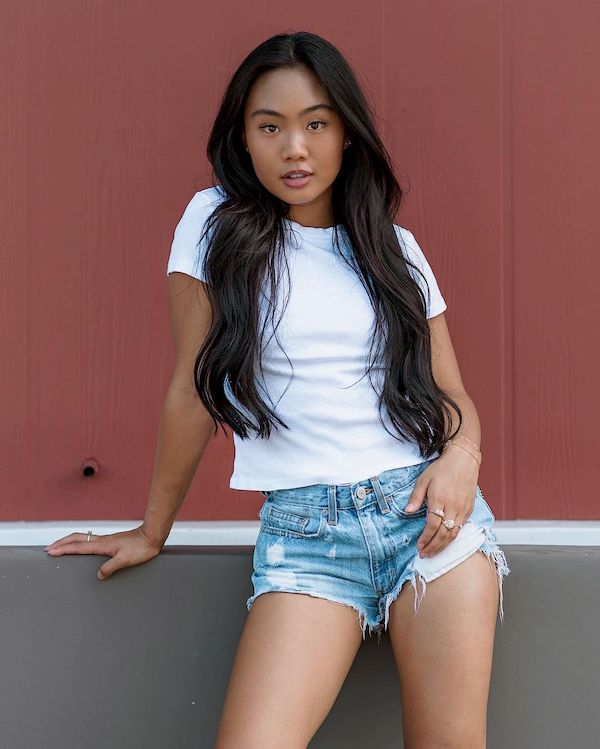 Cult-favorite Netflix watches such as Julie and the Phantoms and The Kissing Booth 2 were both choreographed by a talented group of professionals. One of the choreographers, in particular, is younger than the rest but has proved with her expert skill that age is just a number. This young choreographer's name is Tori Caro.

Tori had been competitively dancing for years. During her last year in the competitive dance world, she won the Radix Core Performer Winner. After winning this title, she had the ability to go around to every city in her age group and assist the dance instructors with their work. This was *def* the perfect way to close out her competition career.

It wasn't until Paul Becker (known for his work in choreographing Julie and the Phantoms) took Tori under his wing and showed her that she truly has a natural knack for choreography that she started to get *totally* immersed in it. Tori assisted Paul as a dancer for about a year and then was invited to join him for a Toyota commercial when she was just sixteen. The rest was history.

The Sony project was the first time that Tori had ever been part of a *real* choreography project. "On film day, Paul had a family emergency and asked me if there was any way I could cover for him," Tori spills. "So I just followed all of the things Paul told me to do. I kept reading the director's mind and thinking of what he would ask for. I made choreography patterns fit the frame better—and Paul was happy with it!" Although it was a bit scary and daunting at first, Tori's turn as a lead choreographer ended up setting the stage for her blossoming career.

Since then, Tori has worked for Paul as a co-choreographer, and when Julie and the Phantoms began, Paul pitched to Kenny Ortega (the executive producer) that Tori should *def* work on the set with them. Although Kenny had already decided who he wanted on his choreography team, he ended up giving Tori a shot. Through this experience, Tori got a taste of what life was like behind the camera: "I was able to help Kenny with all of his dailys, go through editing and assist him and Paul with whatever they needed for directing," Tori explains. "I was on set every single day. It was so cool standing behind the monitors looking at what the shot would be before lighting would come in. Then we would go in after everything was lit and it creates a whole different world."

Through our conversations about Julie and the Phantoms, Tori got deep with us about how much of an inspiration Kenny is for her. "Yes he's a choreographer, but he's also a director, a show creator and a producer. Kenny is so hardworking and good at everything, the amount [of art] he's created is insane. He has directed films like Michael Jackson's This Is It as well as the HSM (High School Musical) trilogy. He's so non-stop, and motivates all of his crew by making them feel heard and that their opinions are valuable as well."

When Tori isn't backstage, she's hangin' with the cast. With both the cast of Julie and the Phantoms and The Kissing Booth 2, she wanted to create an environment for the actors and actresses where they didn't feel so vulnerable dancing in front of everyone at rehearsals. Tori shared a memory she had from a rehearsal with the cast of The Kissing Booth 2: "We were rehearsing the Halloween scene and Joel [Courtney] kept making crazy faces, he didn't care what he looked like at all. It was a blast!"

Although Tori has been more in touch with her choreographer side lately, she explains that dance has helped her become the person that she is today. "I feel like dancers are more resilient and hardworking than anybody who hasn't experienced the dance world. In the dance world, you get told that you're not skinny enough, that you're doing a move wrong...The people that live though that know what to take and what not to take. I definitely think that if I wasn't a dancer first, I would've given up so many times, and probably let people tell me I can't do something—instead of proving them wrong."

Tori has *lots* of goals for her future. For now, she's enjoying the Los Angeles life and hoping to get more involved with acting jobs. "It would be really cool to do something where it's not necessarily musical but there are music elements in it. I'm also really into films like Guardians of the Galaxy where there are stunt scenes plus comedy, plus a little bit of drama and music," she confesses. "I want to write and create and direct things that make people happy and bring joy in the world with all the craziness going on."

Her advice for GL readers? "There isn't any limit to what you can do. Try new things because you never know what will resonate with you and put you onto the path you're meant for."