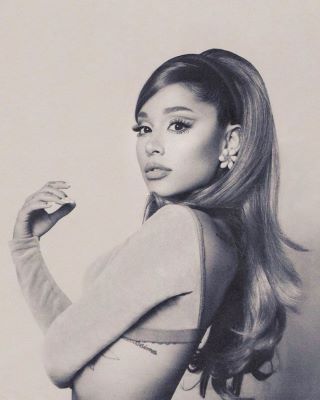 It's been almost a year since the Thank U, Next album was released, forever holding a special place in our hearts. Since then, fans have been anxiously awaiting a new album. Luckily, on October 14, Ariana *officially* teased her upcoming album, Positions.

Grande hinted at the new project with a tweet reposted on her Insta, saying "i can't wait to give u my album this month." Instantly, fans across the world were *bursting* with excitement.

As if the announcement wasn't big enough, Grande immediately took to Insta to announce her first single off of the album. She debuted the song with an *iconic* music video, leaving everyone *speechless*.

In the video, Ariana played the role of president of the United States, hinting at the current election taking place. The song is the *ultimate* women empowerment jam, which is just what we need.

Since then, a tracklist has been released for the album, featuring artists like The Weeknd, Doja Cat, and Ty Dolla Sign.

It feels like *forever* since the last album was released, and Grande stans have been anxious for her return. Now that it's here, we can't wait to see what Ariana has in store for us this time.

Ready for Ari's new album? Tell us which track you are *most* excited for and tag @girlslifemag on social media!