EXCLUSIVE! Txunamy Ortiz dishes on the newest season of MANI and more 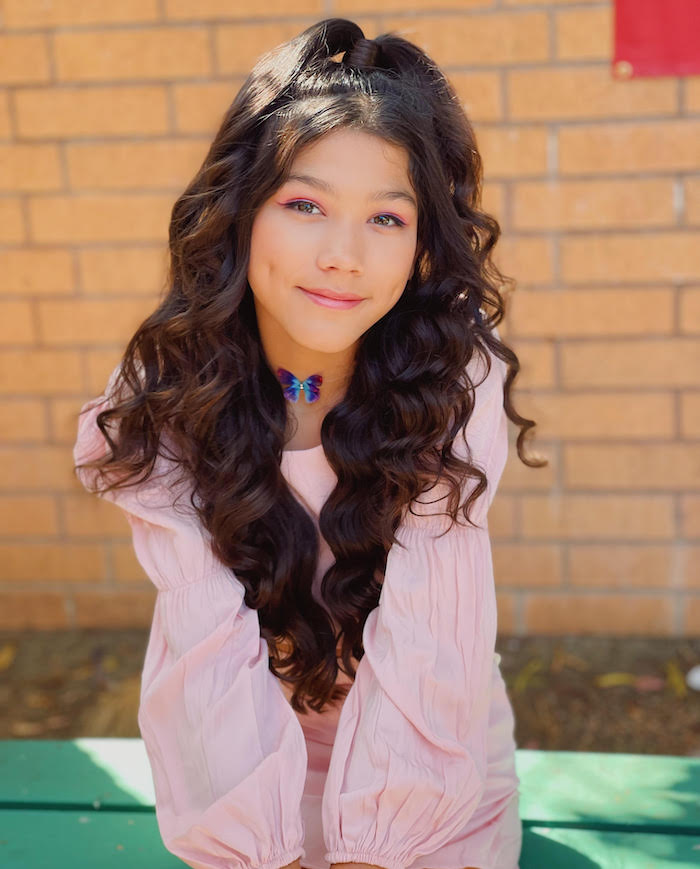 We *so* heart watching social media superstar Txunamy Ortiz shine in Brat TV's newest season of MANI. In the zany hit comedy, Txunamy's character Brittany undergoes a body swap with her goofy teacher Mani—right before her 13th birthday party, too!

GL: What's new about this season of MANI?

Txunamy: This one has a bit of a twist—a bit of spice—because Brittany and Mani actually switch bodies. Everything just gets so chaotic. They're trying to figure out how to switch back and doing all these different things and it's just not working. They have to have a realization in order to switch back, but I can't spoil what it is.

GL: If you could switch bodies with someone for a day, who's your pick?

Txunamy: My sister Solage. She's very upbeat and loud—she's always smiling and she makes everyone's day. I would like to do that and just always be in a positive mood.

GL: How are you similar to your MANI character Brittany?

Txunamy: She has an amazing fashion sense and I like to think that I do, too. I like to be very outgoing [especially] with what I wear. We both love to sing. I feel like we relate in that way.

GL: And how are you different?

Txunamy: She can be sassy and have a bit of an attitude. I try to be nice and sweet. I don't think her attitude is a bad thing, though. But I'm more patient.

Txunamy: There was this one scene we were filming and the lights would dim and it was kind of creepy and spooky and interesting to watch. That was the one spooky scene in the show so that was fun.

GL: Who'd you get close to on set?

Txunamy: Everybody. We got so much closer than we used to be on the show. We loved hanging out with each other, especially with Mia [Talerico], Isabella [Leon] and Sakina [Kaye]. We were constantly hanging out.

GL: Finally, what's a big goal you have for yourself this year?

Txunamy: I love singing, so I'd love to release a cover or an original song soon. I'm so excited.

Parts of this interview were edited and condensed for clarity.