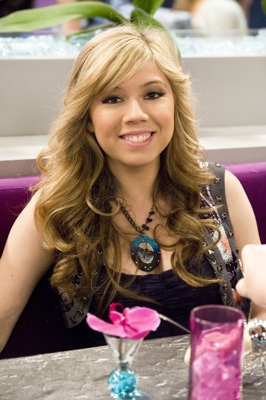 Disney and Nickelodeon pride themselves on having actors and actresses who can both sing and act. Which is why a lot of their shows revolve around singing, or at least have singing in a few episodes.

These musical shows usually have a main character that does most of the singing. The problem? You guys don’t get to hear the amazing musical talents of the “sidekicks” as much!

That’s why GL is giving you the lowdown on some of the awesome singers you see in your fave shows, but never really get a chance to hear. Check out these singin’ superstars!

You may know that Jennette sings, but more people are familiar with Miranda’s voice. Her YouTube account has tons of vids of her belting out songs with her strong, amazing voice!

Check out Jennette’s cover of The Script’s “Breakeven” below…

Kenton Duty from Shake It Up!

His character might be a little annoying, but his voice will make you forget all about that! This cutie can play guitar too.

Caroline Sunshine from Shake It Up!

Maybe she and Kenton are secretly related in real life too because she can sing just as well. Caroline just released her first single, and it showcases her soft, sweet voice.

She may play the mean girl on TV, but this girl has a sweet, sweet voice! Stefanie never gets the chance on her show to let the world hear her, but that’s not gonna stop her from singing for the world. That’s why she puts out covers (and originals!) on YouTube.

Check out Stefanie’s cover of Adele’s “Rolling In The Deep” here!

Before she played Jo on BTR, Katelyn competed on the singing competition show, American Juniors. Then on BTR, she played an actress, which never gave her the chance to show off her singing chops. Katelyn has quite a few songs out and has been touring the country with them!

Max Schneider from How to Rock

This new Nick show is all about music. Max, however, hasn’t been able to show off his beautiful, sweet, sultry, and smooth voice. He makes singing seem effortless and fun. Luckily, he’ll get his superstar moment (the first of many we’re sure!) when he co-stars with Keke Palmer in the new TV movie Rags, out later this year.

We all get to hear snippets of Liz singing on Victorious, but you never get to hear just exactly what she can do with her voice—which is a lot! Her voice is very low and sultry. It’ll give you chills when you listen.

Do you wish these singers would be featured more on your favorite TV shows? Which were you most surprised to find out had such a good voice? Blog about it, babes.
Love this post? You'll heart these, too!