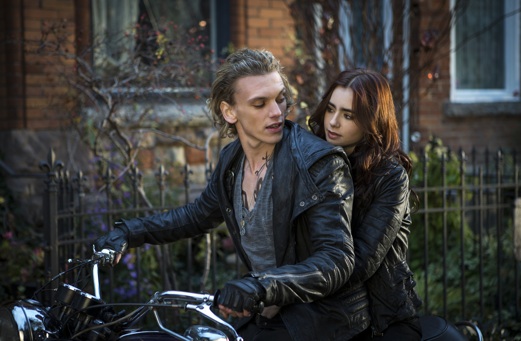 The Mortal Instruments: City of Bones is hitting theaters this Wednesday, Aug. 21, but for fans of Cassandra Clare’s page-turner series, the film can’t premier soon enough.

While movies often differ from their book predecessors, there are a number of scenes we hope made the final cut of this book-turned-movie. Of course, the club scene in Pandemonium where Clary witnesses the shadowhunter world is a must—and we know it’s included because of the sneak peek in the trailer. Check it out below…

But there are a few other scenes we’re eager to see making the movie cut. Read on for our list Just be warned—If you haven’t read the book, this post is full of possible spoilers!

We want to see Lily Collin’s take on this eye-opening, mind-blowing moment as shadowhunters teach Clary about what a mundane is, realizing she isn’t a regular teen.

Jace shows Clary the flowers that bloom every night at midnight and gives her a witchlight moonstone for her 16th birthday. As much as we’re excited about the potential romance, we really want to see the special flower effects in action.

Even though he doesn’t come across as the friendliest people person (seriously, ask his cat named Chairman Meow), Magnus throws one over-the-top party. Who doesn’t like a celebratory scene?

Although this moment is long awaited, Clary and Jace’s relationship is nothing short of stubborn. These two are always in an argument! We love that this scene balances out their sarcastic convos.

Every book (and film) needs an ultimate underdog moment. We want to see Clary’s bestie take on the evil forces toward the end.

While we’re not encouraging violence, this fight opens up new doors for Alec and Clary while Jace and Simon recover from injuries. We want to see these two characters speak their mind.

While the set design for Valentine’s lair is bound to be incredible, we’re also excited for the scene’s drama as the two teens come to terms with their new identities. Thought you had relationship problems? Think again!

Be sure to check out The Mortal Instruments: City Of Bones when it hits theaters this week, then come back and share your thoughts.

Which book scene are you hoping to see on the big screen? Blog about your Mortal Instruments expectations in the comments below.

+ Who wore it better? Weigh in!