Monday Musts: All the news you need to know about Andi Mack, Indiana Massara and PrettyMuch

Welcome to week two of #MondayMusts! Today, we're wrapping up all the fab tracks that dropped over the weekend (think: PrettyMuch, Indiana Massara and more!) and the Disney Channel shows that are ending and beginning.

Read on for all the news...

Yeah, that was pretty much me all weekend. In this new honest track, the five-piece boy band is all kinds of sweet and patient and understanding. Press play to hear Zion go offfff in an amazing solo bridge (it's worth waiting until 2:15 for it, trust). Also, can we talk about how diverse this video is??? Claps all around.

Brat released the theme song for Red Ruby, "Run You Down" by Indiana Massara

It's not *just* the catchy alt-pop song, though. It's the music video, too, and it features faves like Indiana (obvs) and Daniella Perkins. The dessert-set video is the most aesthetically pleasing thing I've seen in a minute—and you'll love it, too.

Starting June 14 9:45-10:15 p.m. EDT/PDT at  comedy fans will get to LOL over Disney Channel's newest show, Just Roll With It. It's part improv and part scripted, and it's 100% hilarious. Peep the trailer for this first-of-its-kind show above.

Andi Mack's third season will be its last 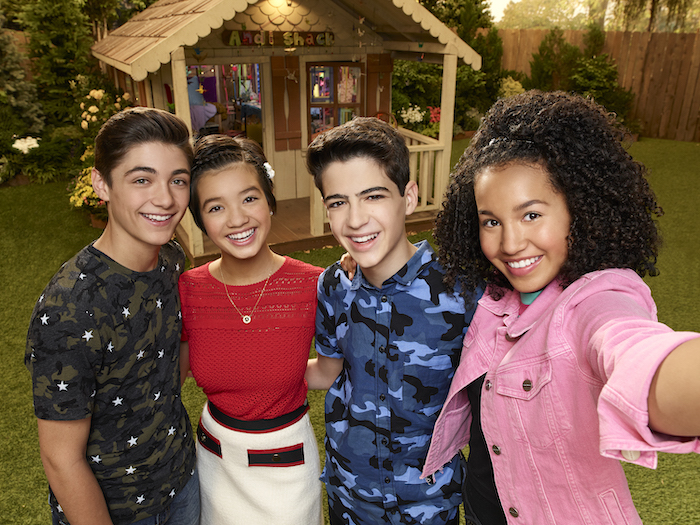 Que the tears! The show starring Peyton Elizabeth Lee and Asher Angel will *not* be returning for a fourth season. Check out cast reactions from Peyton, Asher and Joshua Rush—just grab the tissues first. The show will air its final episodes beginning Friday, June 21 and the season three finale slash series finale will air on Friday, July 26.

In the Raven's Home star's new music video, she shows up her haters and gets *beyond* sassy. Press play for girl boss vibes.