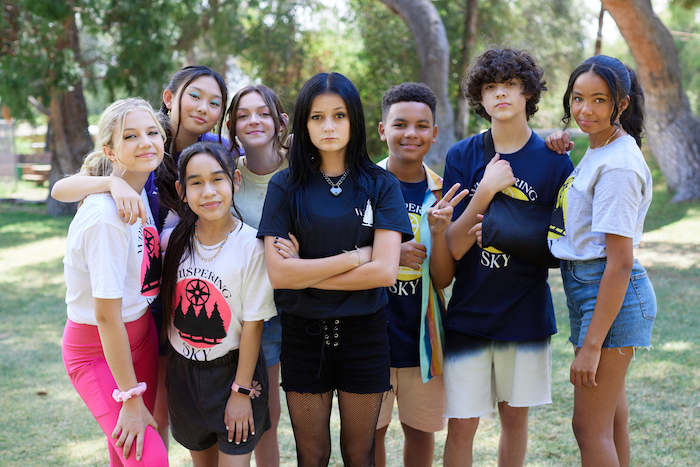 We are *so* excited to tune into Brat TV's upcoming Charmers—a brand-new original series from the studio that brought you Chicken Girls, MANI and more. Keep reading to hear straight from the cast members themselves (AKA some of your fave tween and teen influencers) about what to expect in this witchy show's first season (which P.S., is brought to you by Mars Wrigley's Starburst)...

"Zaria and I are similar in that we don't care what other people think. But our fashion sense is *definitely* different! I love working with my friends on this series and being back with Brat TV is so much fun. I even got to be the Creative Director behind some of the wind scenes!"

"Fi is a groovy, fun-loving witch with a passion for crystals, nature and magic. She's recovering from a lot of grief after losing someone dear to her, and we get to follow her on her journey toward the light. Fi and I both love nature and are very resilient. She's taught me a lot about finding that glimmer of happiness even in the toughest situations. I love everything about Charmers—but especially how our stories go deeper than the surface and show how magic is magic, but it's about finding the right ways to use that gift."

"Clover wants everyone to get along, and I can really relate to that. When I found out I was cast in Charmers, it was a dream come true. I've wanted to work on a Brat TV show since I was little and watching MANI. To be on a show about a group of friends—working with my close friends IRL—is beyond exciting."

"I love that everyone watching can relate to at least one person in Charmers. Senna can be fake to people, but loving to her friends—except that we both overpack, we're not too much alike. It was really fun to get into her character."

"Paris and I both love sports, but other than that we're pretty different—she's a mean girl and I would never treat someone the way she does Zaria. Behind the scenes, the cast is *so* much fun to hang out with—we all brought so much energy and a similar sense of humor to set, so it was a great time! We even had contests to see who was the best at the monkey bars." 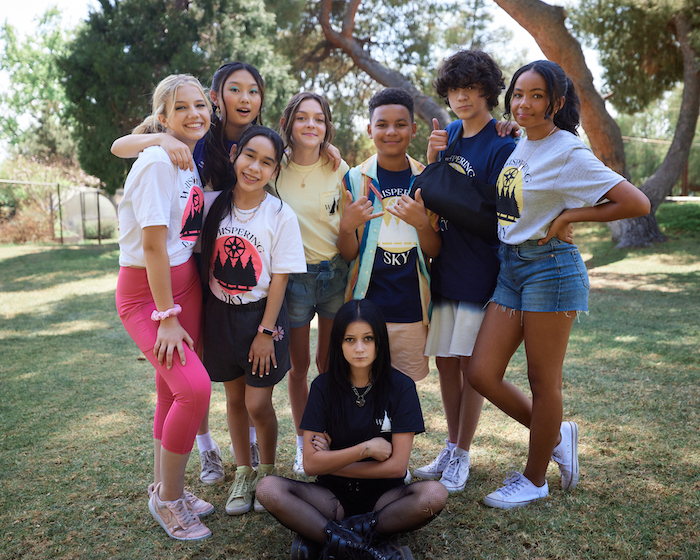