Cry Baby: The science behind sobbing and what it says about you 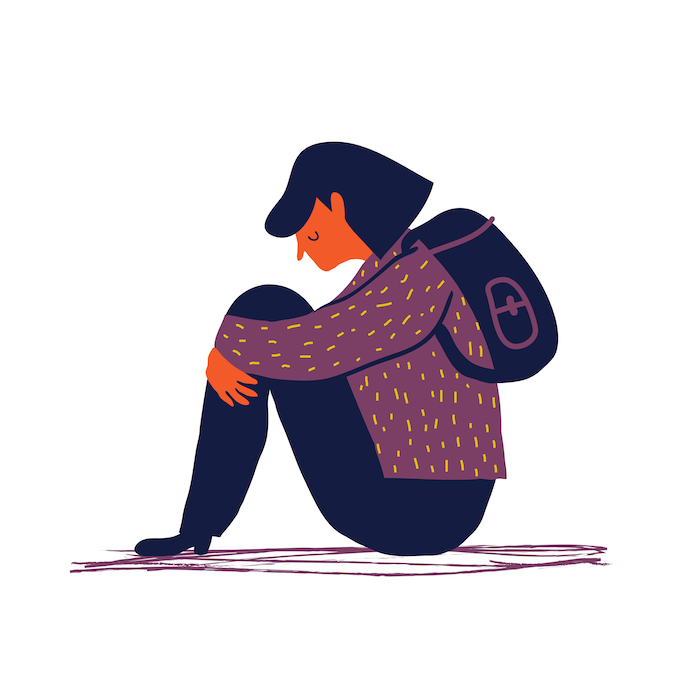 The first time I remember really crying was in sixth grade. I was a new girl at a new school at my first boy/girl party. As we all sat around talking and playing games, a girl I didn’t know called me a really nasty name out of nowhere. It was direct, it was loud—and it was mortifying. Everyone in the room turned to stare at me, my face flaming up as I fought to hold back tears. I didn’t know what to say, what to think, what to do—so I cried. In front of everyone.

It’s been a while since that party. And while I’ve grown in many ways, I still frequently find myself quick to cry. Upset, angry, flustered? Cue the tears. Blissfully happy? Waterworks everywhere. Sad story on the news? Don’t look at me.

Yep, I’m a crier. And according to conversations I’ve had with many other young women, there are a lot of us out there. But why do we cry so much—and what does it mean?

But multiple studies show that when women cry, it can actually make us appear less competent. (A double standard that doesn’t apply to dudes, unfortunately.) So how can we stay true to ourselves...while still be seen as the strong, secure individuals we are? Read on (and weep...if you want).

Types of tears
Wondering the difference between your watery allergy eyes and, say, Titanic-induced drops? There are three types of lacrimation (good SAT word, look it up!): basal, reflexive and psychic. Psychic tears are what we’re talking about—they’re the ones produced by any emotional response.

So whether you’re shedding tears over the saddest movie ever, the sweet b-day card from your grandma or the hilarious thing your bestie said, they’re all technically the same type. Explains Kelsey Torgerson, a therapist in St. Louis who specializes in adolescent anxiety: “Psychic tears happen when any type of emotion becomes overwhelming.”

Why we cry
Notice yourself weeping a lot lately? You’re so not alone. Teens don’t have a fully func- tional frontal lobe in the brain yet, explains Dr. Marin, so you’re less able to control your emotions than the average adult. Torgerson adds that hormones are also a major influence.

“If you’re going through puberty, hormone production can play a role in how you respond to outside stressors,” says Torgerson. “You might find that more things overwhelm you, even if they seem small to someone else.”

Crying is also a shared, outward expression that allows humans to bond with others

and increase social support. “Think of crying after a bad breakup,” says Torgerson, “and how your friends all come rally around you to make you feel better.” Yep, seeking support through a sob sesh is a totally natural instinct.

Surpassing the stigma
That doesn’t mean crying is always acceptable, though. One recent study shows that people—and especially women—who cry in a professional setting (for you, that could mean school, an internship or extracurrics) are generally seen as warmer individuals, but less competent in general. (Eek.)

This is, well, not great news for those of us with a strong tendency to tear up—but it’s perfectly possible to flip this negative perception with a bit of smart strategy and a strong sense of confidence.

Let’s say you’re running for class president and gearing up for the big debate—but you’re also the girl who sniffled non- stop while watching Romeo & Juliet during English lit. If the debate gets intense, it’s highly likely you won’t be able to keep it together at the podium.

The key to bypassing the breakdown? Control your own narrative. “You get to decide what your crying says about you,” says Torgerson. During your introduction, mention how passionate you are about this position and explain that you may even get emotional onstage. Then, if you do get teary-eyed, you can point to it as a positive or make a light joke. (“See! Delivering on my promises to you guys already.”)

Fighting the flow
All the experts I spoke with agreed that it’s crucial to embrace your crying—and wel- come it as a powerful, healthy release. “If you try to stop or control your crying, those emotions won’t get processed completely and may just come up again,” explains Dr. Marin.

But there are going to be times when bursting into tears is a less-than-ideal option, like when you’re in the middle of class or having a serious convo with your internship supervisor. So, what to do when you feel the tears welling up?

The best option is to simply stand up and excuse yourself for a sip of water, says Anne Kreamer, author of It’s Always Personal: Navigating Emotion in the New Workplace.

“The physical movement resets your parasympathetic nervous system, and allows you to gather yourself so you can go back in and try to tackle the conversation with a fresh perspective,” she says. Taking deep breaths, focusing on relaxing your muscles, and even biting your lower lip can keep those tears from trickling down.

Years after meeting that mean girl at the party, I recently found myself in a similar situation—and, well, I responded the exact same way (heart racing, face flaming, choking up).

But this time, my sudden tears didn’t embarrass me. Instead, I knew to step away from a sitch that made me uncomfortable so I could process why I felt so triggered.

I don’t think I’ll ever lose my tendency to tear—it’s just who I am. But if sobbing = self-care? I’ll happily stay signed up.

CRYING FOR HELP: Signs your tears might mean more
If you check off a few of these boxes, Dr. Marin suggests reaching out to a parent or guidance counselor for support. You also can contact the Crisis Text Line (text HOME to 741741).

+ If you often cry, but can’t figure out why
+ If you don’t want to get out of bed most mornings
+ If you never feel better after crying
+ If you’re always in the same mood— you’re never happier, never sadder
+ If your grades are starting to drop
+ If you are less interested in friends/activities

A version of this story originally appeared in the August/September 2018 issue of Girls' Life.