Selena Gomez on dating in the public eye, growing up, and the *real* inspiration behind “Lose You To Love Me" 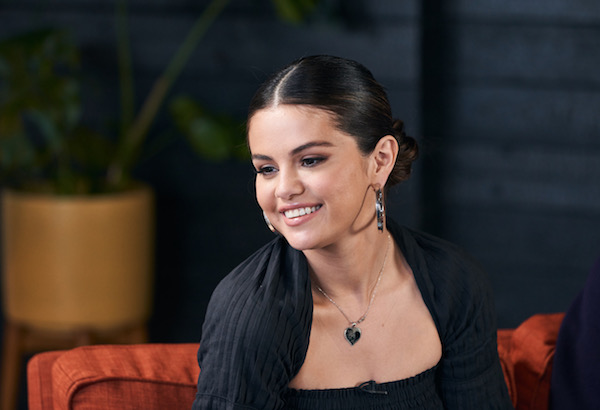 Now 27 years old, Selena Gomez has officially spent the majority of her life in the public eye. And one secret behind Sel's staying power is how *freaking* relatable she is. Whether she's talking about body image, social media, boys—whatever—Selena is the big sister we've all always wanted.

Her new album, Rare, drops today, and Selena recently sat down with Zane Lowe on New Music Daily on Apple Music’s Beats 1 to open up about the questions on everyone's mind.

Social media break
First up, Selena explained exactly why she took a social media break in 2018. "I didn't have social media for two years," Selena said. "You've just got to do it. I was driving myself crazy. First off, there was a million things that I didn't want to see. I would see them over and over and over again. Then I'm comparing. Then I'm looking at these people, and I'm like, 'How do they' ... You have FOMO. Everyone's life looks amazing, and that happens to me, too. I'm like, 'Well, what am I? I'm missing the plot here. Right? How come it's so fun for everyone else?' Then it just started getting dark. There were accounts that were dissecting me, down to my body, to my face, my features, choices I've made, telling stories, and it drove me crazy, because I honestly just wanted to be like, 'None of you even know what you're talking about,' and it just destroyed me. So I stopped, and I tell every single person everything changed... When I was out of social media, I was so much happier with just me, myself, how I looked, and that helped a lot. I just needed to let my old self go. I was purging multiple different things, but it was specifically who I was then. I would like to say that this is a fresh start, and I started with this album, but I am going to continue to just do better and do everything I can to make it great."

Dating in the public eye
For Selena, every time she dates anyone, headlines follow. Here' she opens up about what goes through her mind when all eyes are on her relationship:  "Well, if I can be honest. It is so cliche. It's just, everyone dates everyone. And so, it always seems to be within a little bubble, and it's because it's safe, right? You're wanting someone to understand what you're going through. You're almost wanting a counterpart of creativity as well, and it's interesting and fun. But the problem with that is that you end up... Whether you admit it or not, you're having a relationship for people, and not even for yourself. There's almost this point where it's like, "Oh, we're making it known that we're together." Whatever it is. It's like, you just need to decide within our world if it's for you, or is it for show?

The woman she's becoming
Selena admitted that although she's super grateful for all the opportunities Disney brought her, she often felt like she was just part of a machine there. Now that she's older, wiser and more mature, Selena can handle herself differently. "Now I have expectations where if I were to do this or if I were to give you, are you strong enough?" she explained. "Are you capable of being someone that's going to be in my life? That's how I approach things now. And I'm not being conceited, I'm saying it's actually an honor to be with me because I think I'm a great person, and I love people deeply, and I won't tolerate ever being treated the way that I had been. That's the song. It's not just me being "I'm still vulnerable." It's like, "Well, I am, but I need these things for you to get that from me."

The *real* inspiration behind "Lose You To Love Me"
When Selena dropped the first track off Rare, people focused on whether or not the lyrics were about her ex, Justin Bieber. But the more interesting truth is that Sel wrote "Lose You To Love Me" immediately after leaving treatment. "[I had been at] a treatment center," she said. "Usually [songwriter] Julia [Michaels] texts me. It's kind of how it works when everyone's kind of getting in the studio. When she asked me, I felt it was kind of overdone, the subject. And I just said, "I'm sorry that this is what I'm going to give you, but I'm still not fully done with this." She's like, "Got it." And so when I walked in, and it was literally just the piano and the chorus and a bit of the first verse and I just sat there. And I tell people this too, because it was also such a very raw moment. A, I had just gotten back, but B, we were in the bright daylight, and that's not normally how you're maybe talking about something like that."

How do you feel about the new Selena? Tell us in the comments!