"There is always hope." — Our editor-in-chief on teen girls in Iran leading a revolution 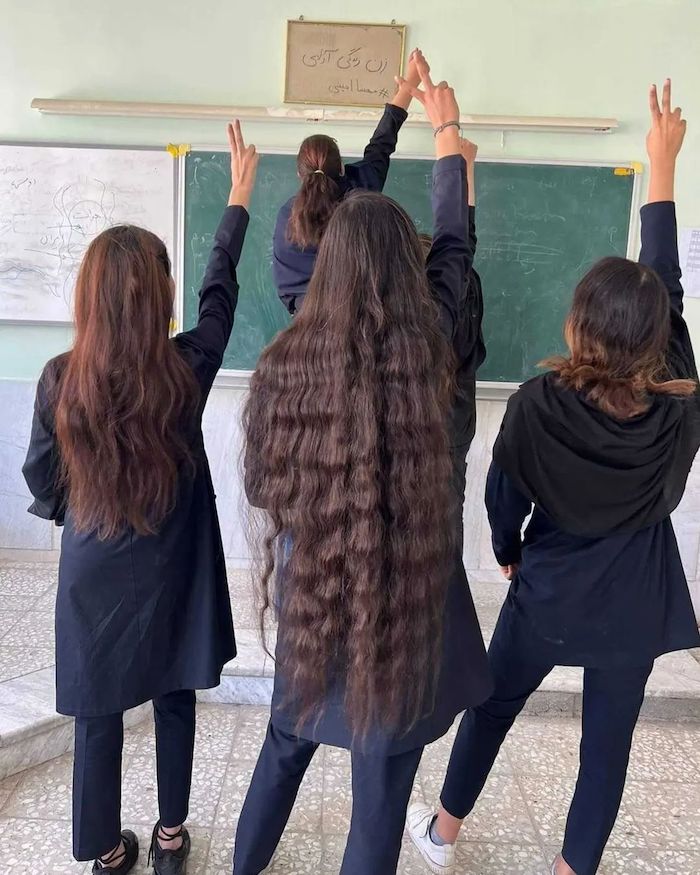 It's that time again when I write about how this is the most magical time of the year—a time when we celebrate peace on Earth, goodwill to men and all go to sleep with visions of sugarplums dancing in our heads.

So this year I was hoping that with the pandemic on the wane and politics, well, just being whatever they are, I might be able to write something cheerful. And light-hearted. And hopeful.

Nope. Because right now, as we're debating whether an eyeshadow palette or a lip gloss set makes a better Secret Santa gift, halfway across the world, there's a revolution being waged in Iran...by teen girls.

In case you missed this, let me catch you up. On Sept. 16, a 22-year-old Kurdish woman named Mahsa Amini was detained by the country's "morality police" for allegedly loosely wearing her hijab (a traditional headcovering), going against the government's strict religious dress code for women. While in police custody, Amini died. (Eyewitnesses reported that Amini was severely beaten, but the Iranian leadership has denied this.)

Since Amini's passing, Iranians have taken to the streets to protest the government and the police, calling for women to be able to choose whether they wear the hijab. The government has tried to silence the dissent by wielding batons and firing bullets into the crowd (dozens have died—and thousands have been arrested, facing an uncertain fate).

But what is most remarkable about this insurgency is that, for the first time in Iran's history, some of the most aggressive actions are being taken by teen girls.

Videos show girls removing their hijabs (some burning them), chanting anti-government slogans (things like "Death to the dictator" and "Woman, life, freedom") and smashing pictures of the country's leaders. The tech-savvy teens are even taking to TikTok, using virtual private networks to document the police violence after the government shut down the country's connectivity.

In short, teens are now the biggest threat to Iran's leadership in over a decade. To be clear, the Iranian government has squashed uprisings before but, as many international observers have said, this time feels different.

Why? The girls of Iran. They are young, defiant and willing to challenge the status quo, even at the risk of their own lives. Their dreams of equality and freedom are as inspiring as they are brave.

I'm not telling you all this because I love being the holiday news Grinch. I am telling you this because right now, girls just like you are fighting for what they believe in—and they deserve our respect and ongoing attention (click here to learn how you can show your support).

But most of all, I am telling you this because even though the world has seemed pretty crazy recently with the pandemic and politics (and, well, everything else), there is always hope. And as it turns out, that hope is where I always knew it would be—among you, the teen girls of the world.