Join the rebellion with these new Mockingjay - Part 2 posters 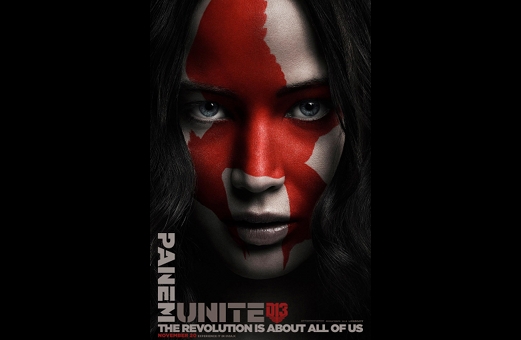 The next (and final) installment of The Hunger Games films still has a few months before it hits theaters, but that doesn't mean that we're not already ready to go. It doesn't help that Lionsgate, the studio behind the flicks, just released the most amazing new set of posters featuring our favorite rebels.

In the series, each rebel gets his or her own poster focusing close up on their face. Painted across their skin is the symbol of the rebellion: a red mockingjay burning bright and fierce. With Peeta and Johanna counted back amongst the District 13 fighters (and rescued at the end of the last film, Mockingjay — Part 1), we know this crew is ready to take on the Capitol, and we're ready to see it all play out.

Which poster is your favorite? On a scale of 1-10, how excited are you for The Hunger Games: Mockingjay — Part 2? We think we're at least at 13.

Photos and photo captions credit to: The Hunger Games 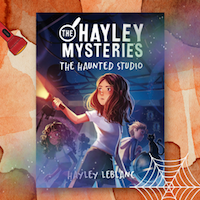 One lucky Hayley LeBlanc fan will win a signed copy of her must-read new book The Hayley Mysteries: The Haunted Studio *plus* a bonus swag bag! With edge-of-your-seat excitement in every chapter, this brand new series is perfect for Halloween. Enter to win here!