American Idol Recap: And the winner is... 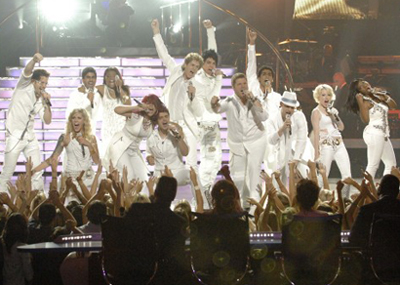 The results are in, the contestants are pumped and the fans are thrilled. If you haven’t heard it yet (or live under a rock!), Kris Allen is this season’s American Idol winner and I could not be more excited! The season finale or shall I say the most entertaining TV concert ever was packed with celebs, talent and tons of surprises! Did you tune in to watch?!

The top 13 kicked off the night singing “So What.” It was great to see some of the oldies that I had totally forgotten about and the reunion was amazing...obvi! David Cook graced the Idol stage next performing his single “Permanent.” It was super touching and I def got the chills when he was done. 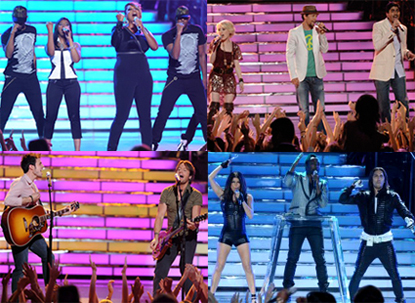 Next up was Queen Latifah and Lil Rounds. The dynamic duo was dynamite and their vocals complimented one another perfectly. Jason Mraz hit the stage next singing his hit “I'm Yours.” His voice was awesome and I was elated that he performed! The next duo to take over the stage was Kris Allen and Keith Urban. Accompanied by their guitars, the twosome sang their lungs out and it was def one of my fave performances of the night. Fergie joined the idols to sing her popular tune “Big Girls Don’t Cry,” and also rocked out with the Black Eyed Peas. 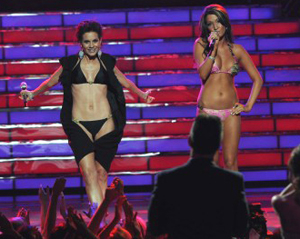 Another memorable duet of the night was between Kara DioGuardi and former contestant Katrina AKA Bikini Girl. Kara showed off a bikini of her own and the audience (and myself) was totally caught off guard. The next duo was Allison Iraheta and Cyndi Lauper. Their soothing, raspy vocals were the perf combo and they sounded awesome. Danny Gokey was joined by Lionel Richie in an energetic performance, too. 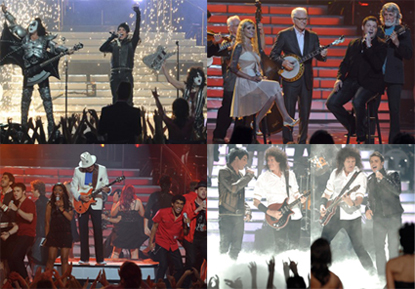 Finalist Adam Lambert jammed out with Kiss in a fun/crazy performance that def left me jumping around my living room. The idols were also joined by celebs Carlos Santana, Steve Martin, Rod Stewart and last but definitely not least Queen. 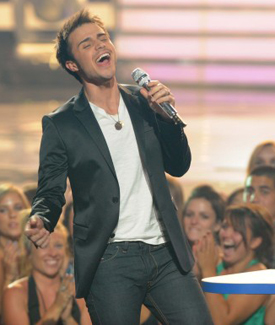 Ryan Seacrest then announced the long awaited news. The theater was quiet and I could hardly breathe as I stared intently at my TV. And then he said it…KRIS ALLEN!!! I was super excited for Kris and I know that Adam will obvi do great things as well!
What did you girlies think of the extravaganza of a finale? Let us know!