Get rockin with Ruby and the Rockits 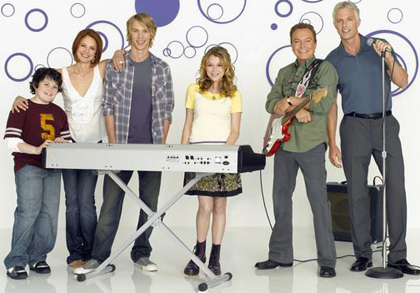 Looking for a show with music and sass to adore? Well then Ruby and The Rockits may be just the show you’ve been waiting for all summer. We got a peek at the newest ABC Family original series and just had to share the deets:

Starring Alexa Vega as Ruby, the series is the ultimate music lover’s fantasy. Meet Ruby, a teen who travels to meet her famous father, former Rockit and entertainer David Gallagher (David Cassidy). Arriving at the superstar’s doorstep--erm, stage--literally, Ruby throws David for a loop, causing him to rush to estranged brother and former bandmate, Patrick’s (Patrick Cassidy) fam for a little help.


Patrick who, along with his wife Audie (Katie Amanda Keane) and two sons Jordan (Austin Butler of Zoey 101 fame) and Ben (Kurt Doss), has settled for a quieter, normal life, isn’t exactly too keen when he’s suddenly asked to take in David’s new daughter. Cue the sparks. With sibling rivalries--both with the older and younger Gallagher brothers--witty jabs and banter are prevalent in this fam comedy as opposite lifestyles clash. 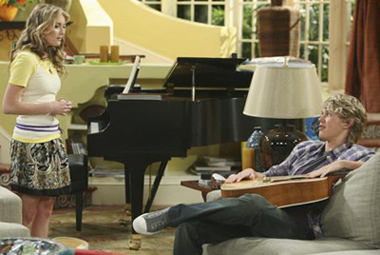 The show is more or less split into two subplots: one with the Rockit brothers trying to get along, Patrick’s wife playing meditator (perfect for mom and dad who know all too well what it’s like to deal with siblings) and one with Ruby adjusting to her new life with her equally new fam--with a little help from Ben and Jordan. Ruby connects these two stories. And Alexa’s portrayal of the sweet, starstruck girl makes you root for everyone getting along.

But family dynamics aren’t the only thing this sizzling sitcom is about. While Jordan’s a cutie to look out for, it’s about the music and how the fam bonds because of it. For Ruby and Jordan (who are aspiring singers), music is what starts a friendship. For Patrick and David, it’s what repairs theirs--and don’t worry, ladies, there are plenty of songs to bring out the music in you.

So whether you’re in the mood for some sweet beats or fun with the fam, Ruby and the Rockits is worth checking out. Be sure to tune in when the series premieres this Tuesday, July 21st at 8:30 PM ET/PT, only on ABC Family.