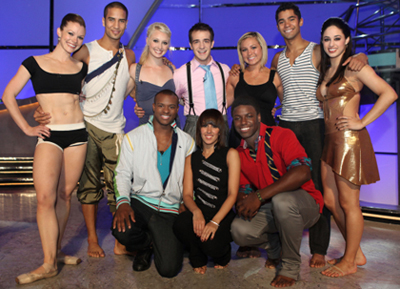 The past several weeks on this season’s SYTYCD we’ve seen some AMAZING dancers go home.
Now the Top Ten perform with new partners and dance a solo routine! The judges will no longer be cutting the contestants and the decision is completely left up to America. On with the show...

Judge Debbie Allen graced Mary and Nigel with her presence on the panel this week. Before the competition got underway, the five final girls performed a bodacious and brilliant Bollywood routine! 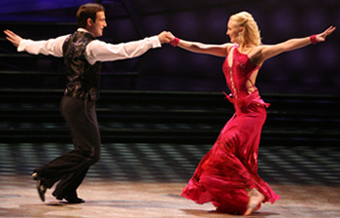 Each dancer picked their new partner out of a hat and Kayla was up first!  She picked Evan’s name and the pair were eager to work together and get some better critiques from the judges.  The couple danced the Viennese waltz and needed to figure out a way to reach new “heights” since Kayla was way too tall for funny guy, Evan. But, they made it work by sneaking some lifts into Evan’s shoes and giving Kayla a trendy cute pair of flats to wear! The judges weren’t stunned by the performance, but still think both dancers are wonderful. 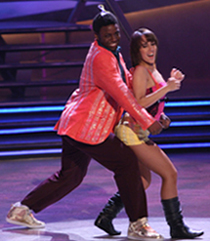 Next, salsa dancer Janette was up with her new partner Ade. Each dancer proved to be excellent with their old partners, but will the new partnership keep them just as hot? The two got funky fresh with a hip-hop routine and confirmed that they still got it! Janette and Ade may be the new couple to watch! 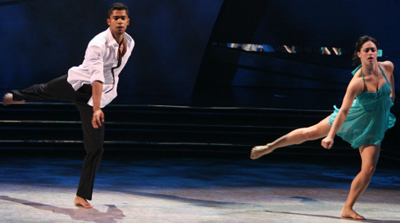 Similar dancers, Jeanine and Jason, tried their hand at a contemporary piece with SYTYCD season two winner, Travis Wall, choreographing! The story was about a longtime friendship turning into a romance and the dance was INCREDIBLE. Not only did it well deserve the standing ovation from the entire judge panel, but it showcased both dancers overwhelming talent and passion for dance! Mary was brought to tears and Debbie Reynolds couldn’t wait to buy the first ticket to see the couple dance live! The couple shocked everyone and performed one of the best dances this season’s seen yet! 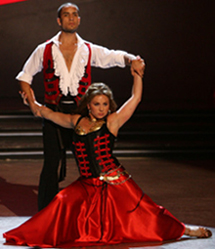 Randi chose Kupono out of the hat and the two paired up for a fierce Paso Doble!  The couple seemed to be trying hard in practice but couldn’t quite grasp the powerful steps being thrown at them. Even though Randi tried to get into character with a long-haired, brunette wig, the judges weren’t impressed as Nigel thought the overall “chemistry was lost between the pair.” 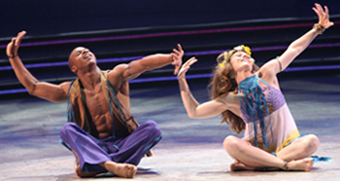 The last dancers to perform their first dance in the top ten were new couple, Brandon and Melissa. Again, both dancers did extremely well with their old partners and started the new partnership off with Broadway routine. It was a hippie seventies piece and the dance was just as psychedelic as the time! The dancers fit each other well and left the audience and judges wanting more!

To close the show, the final five boys stomped it out to a rhythmic African dance.

All the solo auditions throughout the show had each dancer shining in their element, but who do you think was a standout? Tell us who were your faves, and who were total flops.
Catch the result show tomorrow, Thursday at 9PM!
PHOTO CREDIT: FOX