Jillian Shea Spaeder opens up about *everything* (but first, she wants you to go vote) 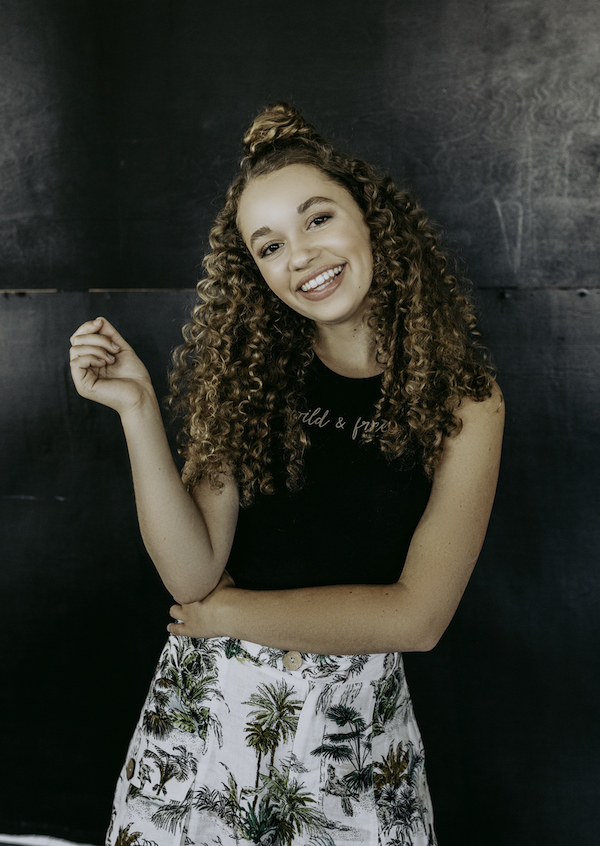 How does it feel to be a first-time voter? According to actor and singer Jillian Shea Spaeder, who just turned 18, it's pretty great. "I cast my vote last week and it was wonderful," Jillian tells Girls' Life. "I drove myself to the ballot drop-in box, cast my vote and was so happy. I wore my sticker all day. I was so excited. I got an extra sticker just to put on my guitar."

Voting is important to Jillian. She knows that, with her platform of over 500K Instagram followers, she can (and should) speak up and spread the word to other teens and their families. "Even if the person seeing my post is too young to vote, they may repost it where somebody else who can vote will see it," Jill explains. "Or, they'll get invested now, so that when it's their turn to vote they're excited and ready to use their voices." That's why she just directed and starred in It Counts, a short film emphasizing the value of just one vote, working together with her star-studded friend squad including Lilia Buckingham, Jules LeBlanc and Emily Skinner.

"Lilia and I were trying to figure out how we could use our voices and make a difference in the election and just feel like we were doing all that we could," Jillian says. "We decided that the short film was a great way to encourage a younger audience to get involved—whether that's in this election or a future one—and that everyone knows that each individual vote does count." Jillian adds that watching her character Olivia's dismay when the student council election doesn't go her way is an allegory for our larger political climate. "She's disappointed in herself for not voting, and that really makes an impact."

Obsessed with Jillian? Us, too.
So here's your to-do list for today: Watch It Counts, go vote (or encourage someone 18 or older to do so) and then keep reading for literally *everything* you ever wanted to know about this star on the rise in our exclusive GL interview...

GL: How'd you get your start?

Jillian: Growing up in Pennsylvania, I was singing and playing music. I came to Los Angeles for a singing competition and met my manager, who convinced me to come to LA and start acting. Soon after, I started my Disney XD show Walk the Prank. My next big project is the upcoming release of Godmothered, my Disney+ movie that I filmed last year.

GL: Now that you're 18, what's it like going from a Disney XD sitcom to more mature roles?

Jillian: Definitely interesting. It was certainly different going from filming a Disney show every day to having roles where I have to be emotional and cry. It's a weird acting transition. Walk the Prank was the best and I loved it so much. As an adult someday, I want to be on Disney Channel again as the wacky aunt. Disney is such a fun environment and a wonderful place to work.

GL: What do you think has helped you find success in this industry?

Jillian: I think it's really important to be hardworking, but also not to get too beaten down by rejection. There are a lot of nos and negative responses, and there are times when you're surrounded by people who all seem to be succeeding. That's when you have to keep your head up and keep working hard. It doesn't mean you're not talented if you're not in a movie or a TV show at the moment. It just means that you're trying and you're working on it—which is perfectly fine.

GL: Who are your biggest role models?

Jillian: In life, it's my older sister Emma. She's wonderful and hardworking. She's actually a nurse right now during the COVID-19 pandemic, which is astounding and just incredible. For acting, I'd say Emma Watson. Obviously she's talented and dedicated, but she also makes an effort to use her platform to promote meaningful change and causes. For music, it's probably Julia Michaels. She writes music for so many cool artists but never really talks about it, which is even cooler. I'd love to follow her career path in that way. 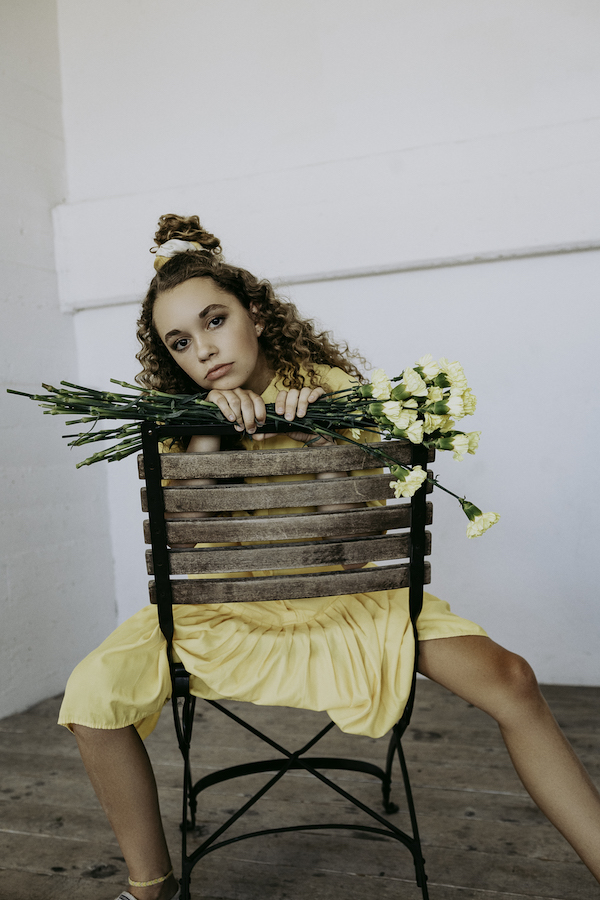 GL: That's so interesting that you say that, because you are kind of that person who's just...everywhere. You're friends with so many artists and it feels like you've worked with everyone.

Jillian: My manager says the same thing all the time. She's like, "How do you know everyone on the planet?!" I think it's because, before the pandemic, I always went to a lot of events. You can meet a lot of people at events. And, of course, the Disney family is very tight. All of us working on shows at the same time, we became super close.

GL: A lot of your friends started their careers on social media. Do you ever feel pressure to have a social media presence since you didn't start that way?

Jillian: I'm very fortunate to have gotten a following through Disney and acting and now to meet all these amazing people who came out of the social media [world]. It's interesting. I'll be around people who are like, "We have to capture this, we have to post all the time." There are all these rules and guidelines and presets that it feels like everyone knows and does. I'm not accustomed to that because I was never really in that world, but I'm learning from them, which is cool. I'm seeing how they handle social media and having a following, and learning to use my voice and platform to advocate for what's important to me.

GL: Advice for your younger self?

Jillian: Do your schoolwork! I used to procrastinate a lot when I was busy working on set and I'd be stuck cramming to get everything done at the end of the semester.

GL: You've now successfully taken on singing, acting and directing. Do you have a favorite?

Jillian: It's tough because I want to do it all. I definitely want to direct when I'm older, but I also love acting and singing and songwriting. I'll probably end up switching around careers for the rest of my life. I've been so drawn to each one individually in different ways. So I think I have the bug for all three.

With directing, it's nice being 18, because I feel like I'm in a spot where I can finally start to do this for real. I'm excited to be seen and be in the adult world where I can start experimenting with directing, songwriting, getting in rooms that I wouldn't have been in when I was a kid. I'm excited for that.

GL: Can you tell me more about your upcoming movie Godmothered?

Jillian: Yes! We don't know when it's coming out yet, but we filmed about a year ago in the winter, before the pandemic started. I was thrilled because I'd always wanted to sing and act in the same project. Godmothered is such a fun family movie. I think everyone's going to love curling up in their PJs and watching with some hot chocolate and marshmallows. All the actors are amazing—we created this nice little family onscreen and I think it's going to show through that we all love each other so much.

GL: How has the quarantine and pandemic affected you this year?

Jillian: Obviously, the pandemic was awful and I don't like it, to say the least. However, staying home did give me time to improve my craft, work on some things I'd always wanted to do and practice my songwriting. I feel much more confident in my lyrics now than I did before. I'm writing from my heart.

I also got a lot closer with the friends who are really important to me. I think it made a lot of us realize what we truly need in life—and what we don't need. It's those core people you love, who you want to talk to every day. I feel like it created less drama, too. People aren't stirring things up that don't need to be stirred.

GL: What are you hoping for the future?

Jillian: On my bucket list, I'd love to write a song for a major artist, somebody really cool, and have my name on that. And, I mean obviously on every actor's bucket list, to be on a billboard would just be so incredible. I want to work on project that I love, take on more dramatic acting roles and just put out music that people like. 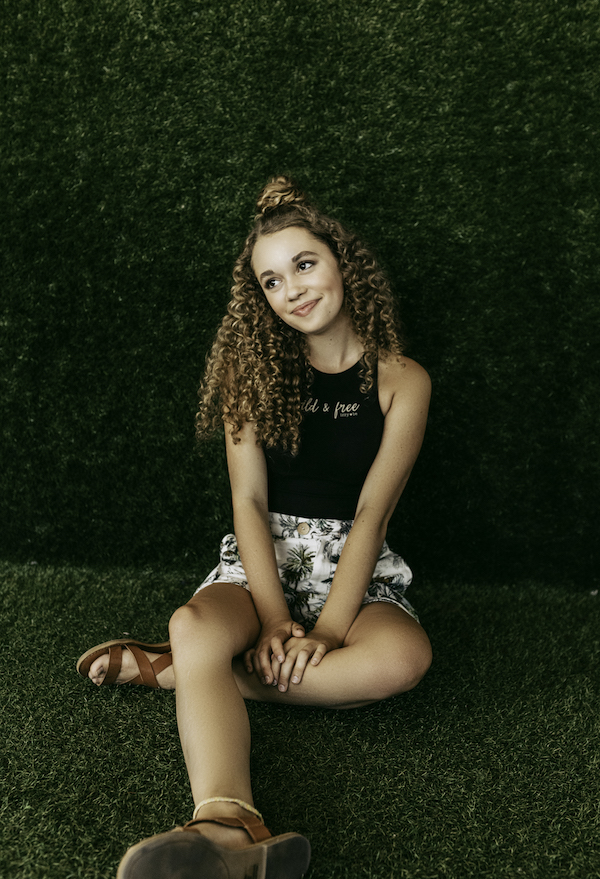 Images: Maiya Buck. Parts of this interview were edited and condensed for clarity. 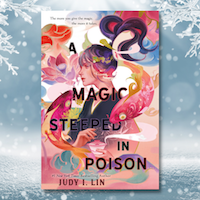