Shiloh Verrico gives us the inside scoop on Country Comfort! 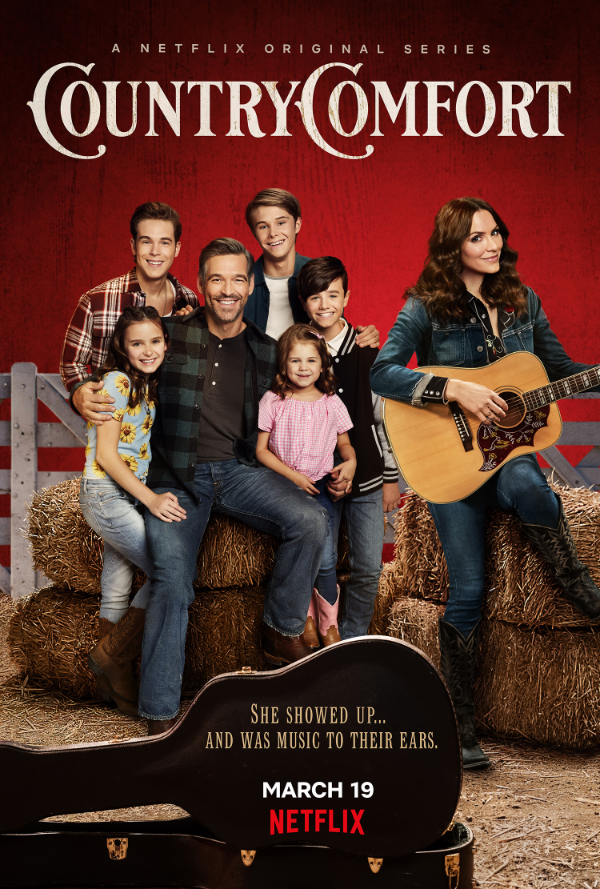 Clear your schedule: Country Comfort, the newest comedy series from Netflix, is the perfect pick for your next binge-watch. The show follows aspiring country singer Bailey (played by Katharine McPhee) as she becomes the nanny for a cowboy’s five children. Ten-year-old Shiloh Verrico plays Cassidy, the emotional center of the family who’s still working through the loss of her mother. The rising actress spoke with GL about playing Cassidy, her amaze castmates and her life outside of Country Comfort.

Girls’ Life: How did you get the role of Cassidy on Country Comfort? How did you react when you found out you got the part?

Shiloh Verrico: I first auditioned for Country Comfort back in November 2019 in New York City. We were asked to come prepared to sing a few verses of a country or rock song with the option to play an instrument, in addition to doing two scenes. A few days later, my manager and agent reached out to let me know I had received a callback. This time, the show’s creator, was part of the Skype meeting—along with several Netflix executives. When I received the call that I had been offered the role of Cassidy, I screamed. Then I began laughing and crying with happiness!

GL: How did you prepare to play Cassidy, especially since she has been through the loss of a parent?

SV: Thankfully I haven't lost a parent or experienced any kind of loss of a close family member on that level. To connect with that kind of painful emotion was challenging. I think actors in general have to be able to find the underlying emotions at play, even if they haven't necessarily experienced the exact same circumstance. So, I found the sadness and the fear of losing someone I loved, and I used my own experiences to connect to how Cassidy was feeling.

GL: Would you say you’re similar to Cassidy in real life? Or are you different from her?

SV: I'm similar to her in that I have a big family, but I'm different because she feels the need to protect herself and her family from more loss and pain. I have a wonderfully supportive family. My mom helps me with my dream and travels with me to film, and my dad makes all of that possible. They protect me, along with my older siblings, so I can just be a kid. 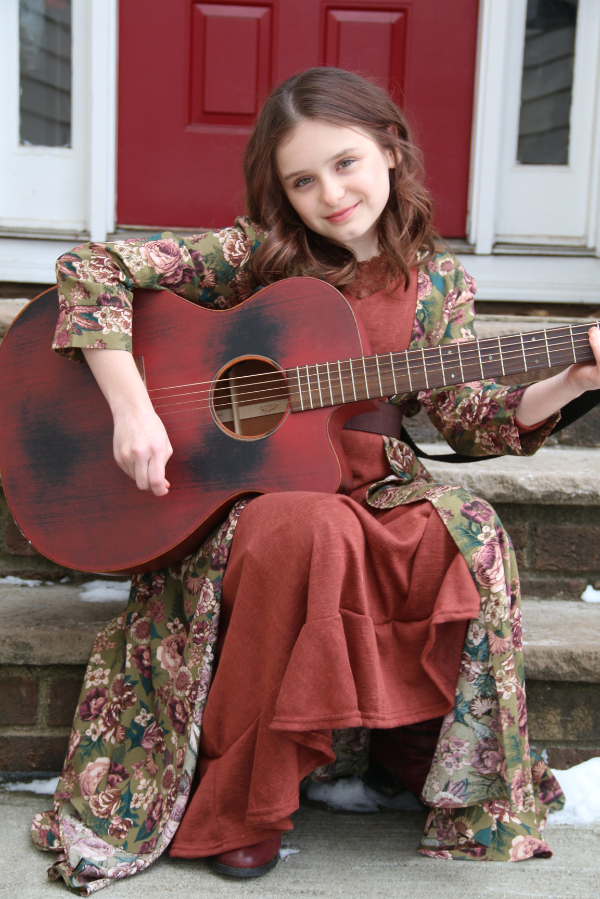 GL: What was it like to work with Katharine McPhee, Eddie Cibrian and the rest of your castmates? Did you learn anything from them, acting or otherwise?

SV: This was a dream show and cast to be a part of, from the talented writers and directors to the cast and crew. I was really intimidated at first to meet Katharine because she is such an incredible singer, but she was so soft-spoken and kind that I stopped being nervous. She helped me a lot in the studio when we sang together, and on set she would run lines with me. Eddie was also very kind, but what was most surprising for me was his huge sense of humor. He also really helped me when we had some more emotional scenes.

Ricardo [Hurtado], Jamie [Martin Mann] and Griffin [McIntyre] are three of the most talented young actors and musicians I could have had the privilege to work with.  Some of my favorite memories on set were when we would all hang out on breaks and play guitar and sing together. And working with Pyper [Braun] was great. Since I don't have any younger siblings, it was nice being one of the older kids for a change. 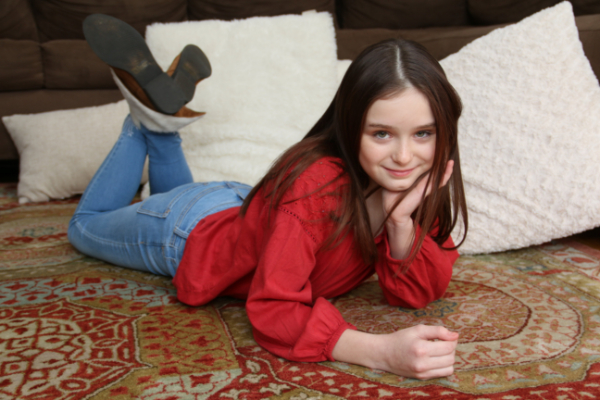 GL: What do you like to do outside of acting and music?

SV: I love spending time with my friends, having sleepovers and running around in my backyard with my dogs. I also love baking and cooking—I even have my own stand mixer. Last year for my birthday it was the only present I asked for, and I’ve baked my own cakes from scratch. I also learned how to make my own candles during quarantine after I watched LeAnn Rimes making them on her Instagram page.

GL: Since Country Comfort is a Netflix series, we have to ask: what’s your go-to binge-watch on Netflix?

SV: Right now, I am looking forward to watching Yes Day. It looks so funny! I also really enjoy watching Stranger Things. I have watched the whole series over and over, and I am counting down the days for the next season to come out. Some of my other favorites to watch are How to Train Your Dragon, Leap, Home and The Secret Life of Pets 2.  I love Kevin Hart, and his voicing of Snowball is one of my favorites of all time!

GL: You foster dogs for an organization called Traveling 4 Paws. Can you tell us more about your work with them and why it’s important to you?

SV: I’ve loved animals since I was big enough to walk, but it was after we rescued my dog Zeke that my mom and I first began to foster. We were so grateful for the person who fostered him that we decided to do the same thing for other dogs. Our very first foster puppy was named Braxton, and he became what we call in the rescue world a “foster failure”.  We fell so in love with him that we couldn’t let him go.

My dad was worried we would end up keeping every dog we fostered after him! But my mom convinced him to let us try again. Since then, we have fostered 10 more dogs: eight puppies and two adults, through several rescues like Traveling 4 Paws. My mom has become really involved with the organization, helping as a foster coordinator and working with the shelters we pull dogs from. At the moment, we are getting six new puppies, and we will be fostering them until they are adopted.  I am so excited and can’t wait for their puppy kisses and snuggles!

Watch Shiloh as Cassidy in Country Comfort today on Netflix! Plus, you can follow Shiloh on Instagram @shilohlovestosing.