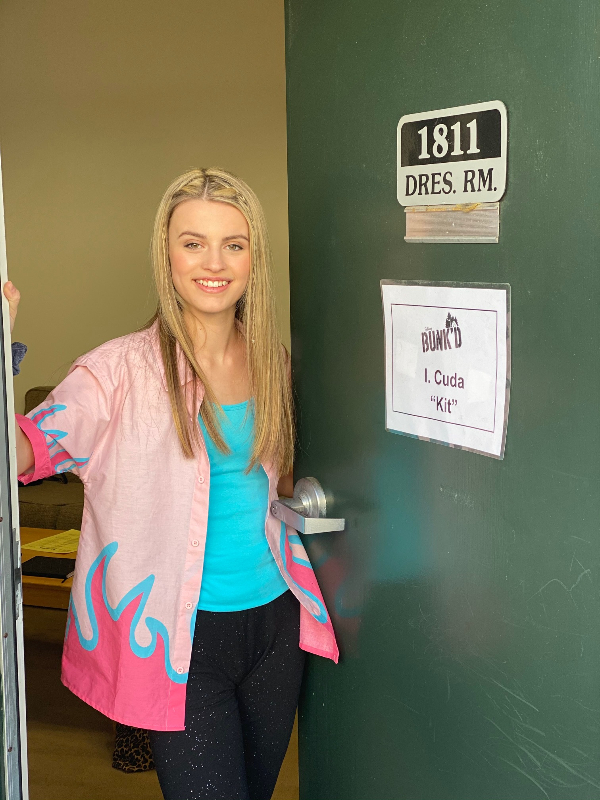 Isabella Cuda is living her dream. The fifteen-year-old has landed roles on shows like Sam & Cat and Criminal Minds—all before graduating high school. Most recently, she appeared as Kit on the Disney Channel series Bunk’d. The role had special significance for Isabella, who was born with Spina Bifida Occulta and a tethered spinal cord. Like Kit, she’s had to use a wheelchair at times, but she hasn’t let it stop her from reaching her goals. GL chatted with Isabella about her time on Bunk’d, the celeb that’s her role model and her powerful advice for dealing with ableism.

Girls’ Life: How did you find your passion for acting? When did you get started?

Isabella Cuda: I was about five years old. My family and I were eating dinner at a local restaurant, and I was pretending to be a waitress. I was going around to all these different people at different tables, and writing scribbles down. One of the people I was taking orders from happened to be an agent. She came over to my mom and she said, ‘Your daughter has a lot of great energy, she’d be a really good actress.’ My mom said we could give it a try. The first audition I got, I booked! It was for a national commercial.

GL: You’ve done quite a few roles since you got started. Do you have a favorite of the ones you’ve done so far?

IC: My favorite would probably have to be my most recent one, my character Kit from the Disney Channel show Bunk’d. I really liked playing her because we have a lot in common. I love her fashion style. Plus, she just had surgery like me, and we were both in a wheelchair for a little while. That’s something that I really like bringing awareness to because often, people with disabilities are misrepresented in the media industry.

GL: Had you seen Bunk’d before you booked the role? & what was it like to be on set with the cast?

IC: Yes! I was so excited when I got the audition for it. I’ve been watching it ever since it first started airing. It’s something my Dad and I would watch all the time.
Being on set was amazing. It’s different now to watch the show after I’ve been on the set and seen how everything works. It gives you a whole new perspective. I was so starstruck. Like, I was looking at Camp Kikiwaka! I felt like my eight-year-old self did when Bunk’d first started airing.

GL: You’ve volunteered with the Ronald McDonald House and the Starlight Children’s Foundation. What does it mean to you to be involved with those organizations?

IC: I’ve had a difficult medical history, and the Ronald McDonald House and Starlight Children’s Foundation help kids who are going through the same thing. I feel like now that I’m older, it’s my turn to give back to these kids. To help them in their time in the hospital or going to the doctors. I know that, for me, it was always super scary to go to the hospital. I would love to make it easier for other kids to go through. 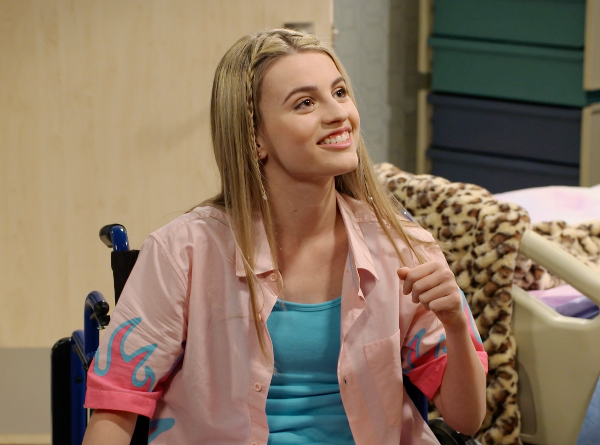 GL: Are there any artists that you'd consider a role model?

IC: One of my idols is Billie Eilish. She’s such an inspirational singer. She has Tourette’s Syndrome, which she helps bring awareness to. For me, with Spina Bifida and having a disability, that’s something I want to do myself, so I look up to her for that. And for how she made a name for herself without just being the girl with Tourette’s.

GL: Is there anything about living with a disability that you wish more people understood?

IC: I wish more people understood that if you use a wheelchair sometimes, that does not mean that you cannot walk. I recently had foot surgery, and two years before that, I had back surgery where I couldn’t walk for a solid three months. It took over one hundred hours of physical therapy to get me walking again. So, if I’m enjoying a day at Disneyland for example, it’s hard for me to walk the entire day. I’ll have to use a wheelchair at some point. But then people often think that I’m faking it because they’ve seen me walking.

GL: Have you ever had to deal with ableism? And do you have any advice for other people who are dealing with it?

IC: I go to a public high school, and I have to leave a couple of minutes early from my classes because I’m a pretty slow walker. We have over four-thousands kids at our school, so I would get trampled otherwise. I was walking to my next class one day, and these two girls saw me. They looked at me and they started doing this really over-exaggerated limp and laughing at me.

I wish people would understand that we can’t control our disabilities. If we could change it, we would. My advice for anyone else that’s going through that is: know that you’re not alone. People don’t understand, but you’re special the way you are.

Catch Isabella as Kit on the latest season of Bunk’d. Plus, keep up with her future projects by following her on Instagram @isabellacuda!