EXCLUSIVE! Abby James Witherspoon takes us behind the scenes of Secret Headquarters 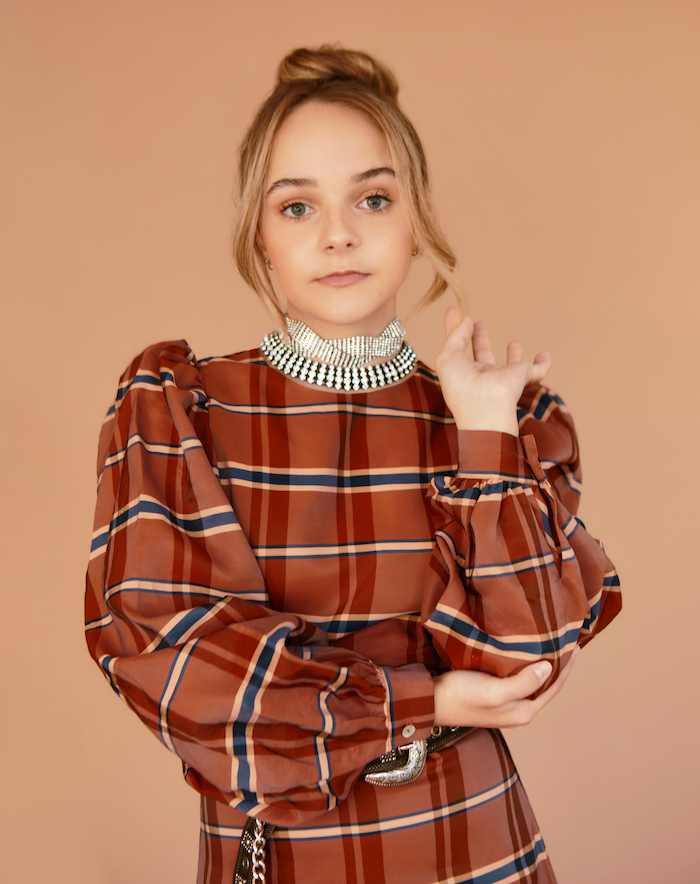 Love superheroes, comedies you can crack up at with the entire fam and heartwarming friendship moments? Then consider yourself a fan of Secret Headquarters (the new movie premieres Aug. 12 on Paramount Plus)—and Abby James Witherspoon, one of the film's teenage stars ("I was so excited that I started crying!" she reminisces of the moment she found out she booked the flick). We caught up with Abby James on *all* her secrets, from what it was like on set to her dream superpower to her ultimate hangout space to her biggest goals for the future.

Girls' Life: How do you relate to your Secret Headquarters character Lizzie?

Abby James: Lizzie's outgoing and a girly girl, but also super smart and a straight-A student. She can solve any puzzle that's given to her—she loves escape rooms and she's really good at them. I'm outgoing, too, and Lizzie and I both talk a lot when we get nervous. But I'm not as good at escape rooms as [she is]! I kind of just sit there and don't do anything.

Girls' Life: Did you do any escape rooms on set?

Abby James: Yes! When we were [filming] in Atlanta, the cast and I went to one. We had such a fun time on and off set so we hung out all the time.

Girls' Life: So much fun! What else did you do with the cast?

Abby James: The second we'd step into the makeup trailer, we'd just listen to music and talk and laugh. Keith [L. Williams] and I loved singing musicals like Hamilton and Mean Girls. And we'd all go to dinners and Six Flags and the pool.

I'm so lucky that I met Momona [Tamada] on this project. She's one of my best friends in the entire world and she will be for my whole life. We work so well together. We like making TikToks, watching movies—when we were filming, we binge-watched all of Outer Banks season two together. We were both obsessed with it. 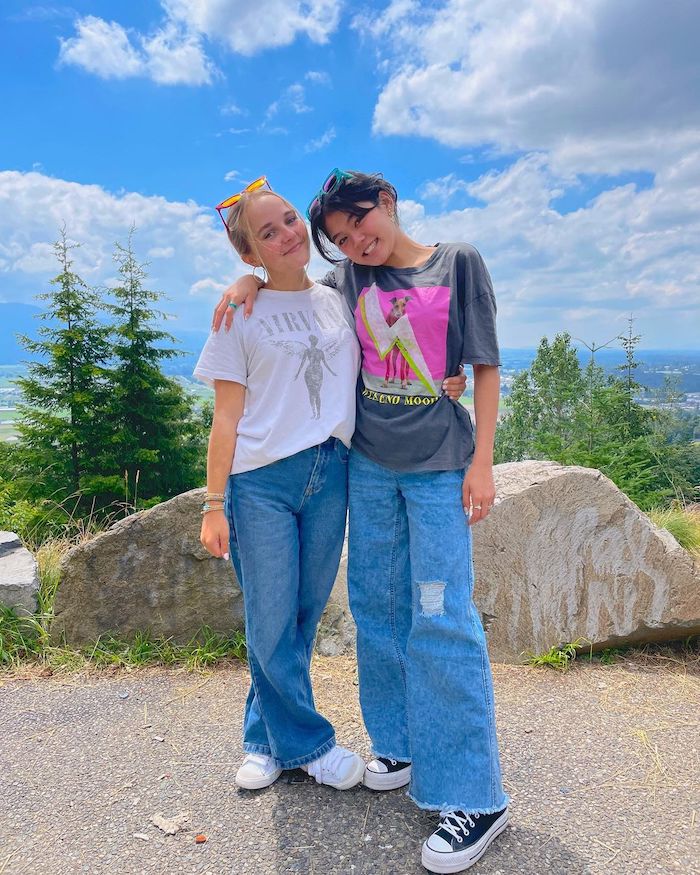 ALL ABOUT ABBY JAMES

Girls' Life: What do you hope people love about Secret Headquarters?

Abby James: Just the meaning of communication with family and friends. And, honestly, it's a super fun movie that the whole family will love to watch, no matter what age you are, which I think is kind of rare nowadays.

Girls' Life: If you could have any secret power, what would it be?

Abby James: Teleportation! Because I always want to be in two places at once.

Girls' Life: Where would you teleport first?

Abby James: Probably to Paris to look at the Eiffel Tower. I've never been there before.

Abby James: Lots of pink. A lot of glitter. There would be a lot of makeup, but the makeup would be, like, gadgets. And my supersuit would be a dress with powers!

Girls' Life: Besides Secret Headquarters, what's coming up for you this year?

Abby James: I have a project coming up called Boys of Summer—it's kind of a thriller, and I play a completely different role than Lizzie. It's a mystery and there's another amazing group of kids in the cast. Then I go to school in-person in Nashville, so I'll be busy with that, and I'm cheering for the football team this year, so I'm really excited for all the Friday nights and pep rallies and having sleepovers after that with my friends.

Abby James: I think I just want to do acting my whole entire life. I love it and I love the whole industry—I hope to move into even more aspects of the film industry, like producing and directing. On set of Secret Headquarters, I loved talking to everybody behind-the-scenes about their jobs and how they got into it.

Girls' Life: Finally, what's your best advice for other girls out there?

Abby James: When it comes to following your dreams, just keep going. Before Secret Headquarters, I've had over 200 auditions since I was 9 years old. Just keep working hard and keep trying. It's so worth it.

Catch Abby James in Secret Headquarters—streaming now on Paramount Plus!