If you've been keeping up with the dangerous effects of Climate Change over the past few years, the intense weather patterns afflicting portions of the United States may not come as a surprise to you. Maybe you've been keeping up with the extreme heat waves plaguing the West Coast from a distance, or maybe you're living through them. Either way, the heat is coming, and it's here to stay.

So, what exactly is a heat wave? 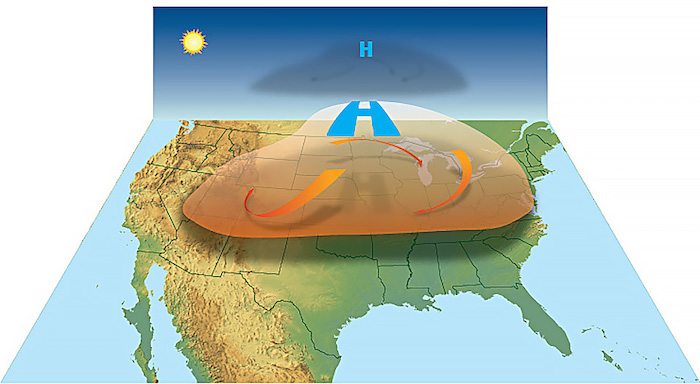 Diagram of a heat dome via National Ocean Service.

According to SciJinks, "A heat wave is a period of unusually hot weather that typically lasts two or more days. To be considered a heat wave, the temperatures have to be outside the historical averages for a given area." Right now, the West Coast is under a heat dome, which is a high-pressure zone in the atmosphere that pushes hot air down toward the ground, drying soil and causing hotter temperatures. In addition, the heat pushes clouds away, letting the sun heat the earth more.

Though extreme heat is common in the South, temperatures are abnormally high for this time of year. Scientists are almost certain that human-caused climate change is causing the heat dome on the West Coast. The heat dome is also larger, lengthier and more powerful than in years past. A study concluded that a heat dome of this strength would occur once every *one thousand years* in today's climate. Rampant carbon emissions, which warm the atmosphere through absorbing sunlight, are causing rapid global warming. Temperatures, especially in inland California, are surging and threatening power grids. Portland, a city known for its mild temperatures and rainy days, reached almost 50 degrees over its summer average. 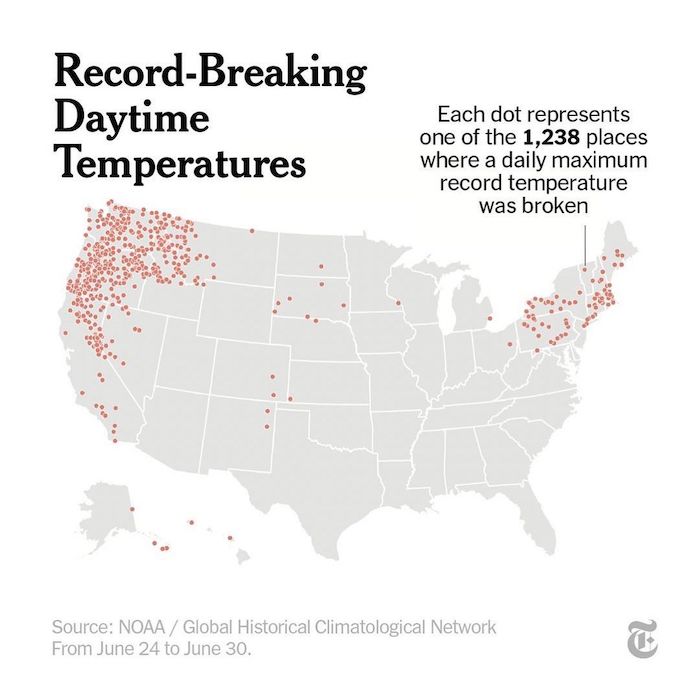 What are the consequences of the heat wave?

Homes in southern states are equipped with air-conditioning, as heat is more common than in the Pacific Northwest and Canada. However, because fewer homes in the northern regions have air-conditioning, hundreds of people died due to heat-related illnesses. Major droughts are occurring all across the West Coast as a result of the heat, drying up lakes and evaporating soil moisture. Lytton, British Columbia, set an all-time Canadian record of 121 degrees before burning down in a wildfire. The South is also beginning its wildfire season unusually early—CNN states that wildfires in 2021 have burned more than three times the land as 2020 in the same period. Night temperatures are also increasing, which means the body has less time to cool down. Wildfires, heat deaths, lower quality of life and loss of entire communities result from human-caused climate change.

The heat wave happening across the west can be dangerous. Follow these @CDCgov tips to respond to heat exhaustion or heat stroke:

🔸 Move to a cooler place
🔸 Put a cool, wet cloth on your body
🔸 Call 911 for emergency medical care

What can you do about it?

All of this information can be overwhelming, especially when you consider that we have irreversibly altered our climate for a long time. According to a recent study, over one-third of all worldwide heat deaths can be attributed to human-caused climate change. Temperatures will continue to rise during our lifetimes; it all depends on how committed humans are to dramatically alter our lifestyles and sacrificing greenhouse gases for clean energy. The best way to help is to take action locally—volunteer with climate organizations such as youth-led Sunrise Movement, which advocates for green, equal futures. Organize a schoolwide protest, or write to your favorite restaurant asking them to use compostable containers. Taking action against climate change, even in small ways, makes a difference in the world and in you. 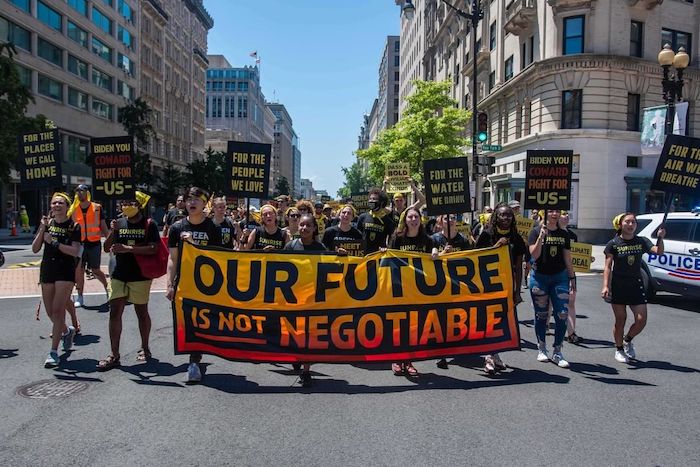 What do you think should be done to combat climate change? Let us know by DMing us on social media @girlslifemag.