Ariel Tweto on how to take on the world

From being an Alaskan bush pilot and star of the Discovery Channel show Flying Wild Alaska, to founding her own nonprofit and advocating for youth to explore nature, Ariel Tweto has done it all. Her latest venture is perhaps her biggest yet: exploring some of the most beautiful locales in America for the IMAX film Into America’s Wild (see it in an IMAX theater near you!). Girls’ Life’s own Bailey Bujnosek spoke with Ariel to get the scoop on making the film, being fearless and why we need to pop each other’s bubbles.

Girls’ Life: You visited so many beautiful places while you were making Into America’s Wild. Which one was your favorite?
Ariel Tweto: I would say Hood River, Oregon. I fell in love with it there. I love being by waters and mountains, so there you have the Columbia River, and then you have Mount Hood so close, but then you look around and see that, like, half the towns are in casts. And I’m like, Oh my God, these are my people!  They’re out doing stuff, they’re getting injured, but it just shows that they’re actually going and pushing themselves and getting out there. So, I really loved it. And I got to kiteboard when I was there. It was the most fun I’ve ever had in my life.

GL: How did you get over any nerves to do something like that?
AT: I don’t know, I’ve always been like that. I’m not really scared of anything, other than losing my family members. But I could swim with sharks, or jump off of things, or skydive and it doesn’t really get me scared. So, for me, [kiteboarding] was a piece of cake. I get more scared with stuff like relationships and love— get me in a shark tank and I’ll be fine, but get me into a situation where I have to be vulnerable, and I’m like, ah! I’ll take surfing or kiteboarding any day. 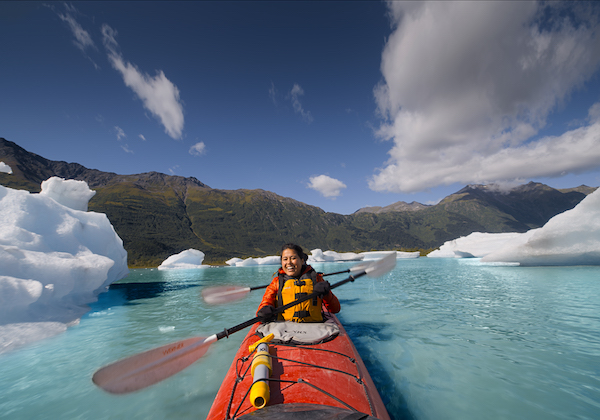 GL: You met so many incredible people on your journey. Who inspired you the most?
AT: Probably Jennifer Pharr Davis. She was the strongest female, and she was so comfortable in her own skin. She talked a lot about how in nature she felt beautiful, and she never carried a brush or a mirror, and that’s sort of how I am. I really don’t care how I look or what I’m wearing, so I felt a sort of connection to that. She’s this beast of a human being and she has so much confidence and everything, and just is a ray of sunshine, so I really fell in love with her. And then of course John [Herrington], the astronaut, became like my brother. We did so much together, and I just love him. When I think of an astronaut I think of someone that is very buttoned up, and very rigid. And John’s dancing, and he’s laughing, and I was like, Oh my God, the perceptions we give of people, it’s so different. So I just fell in love with John too.

GL: What do you want audiences to get out of the film and the journey that you went on?
AT: Just to go and be curious about the world that we live in. To get outside, to go play in the dirt, to jump in the ocean, to actually be in nature. Because you can go on Instagram, you can go on Facebook, you can use technology to see these things, but you can’t actually smell it, and you can’t taste it, and you can’t hear it, when it’s through your phone. If you can’t physically touch nature, you aren’t going to care about it, because why would you? It doesn’t affect you. So if you have more kids out there playing, then they’ll actually want to take care of the planet. 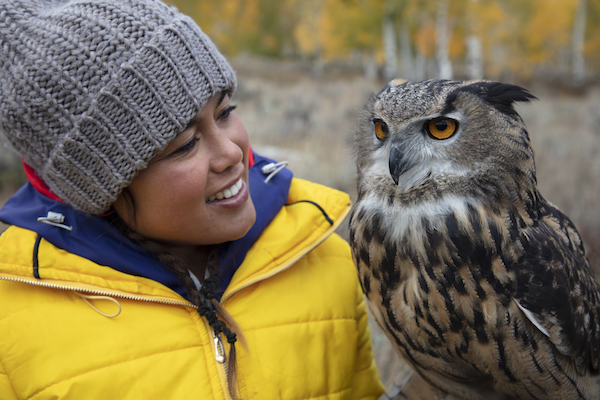 GL: You cofounded and are the president of the nonprofit Popping Bubbles. Can you tell me more about what inspired you to start it?
AT: Yeah. So, I grew up in a village in Northwest Alaska, and we have a really high suicide rate. I’ve lost over thirty-seven friends—I stopped counting at thirty-seven—but I’ve lost half of my class to suicide. After my best friend died by suicide, I made a vow that I was going to figure out how to stop it. For me, in order to prevent suicide, you have to show people that life is worth living, and that it’s hard work and it takes a lot to try to be happy and have a joyful life, but you can. My whole thing is that all of us have our own little bubble. We’re scared to try new things or talk to people that look different than us or believe in different things. And I think we’d be so much happier if we popped each other’s bubbles. That’s how the name came about. It’s my heart and everything. 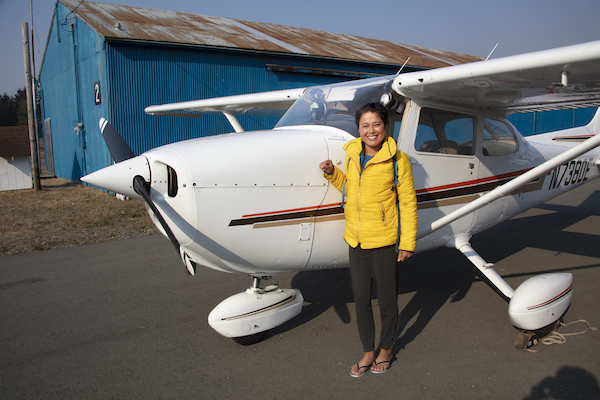 GL: It sounds like you’re really making a difference! Besides running the nonprofit, you also are a pilot, as seen on the show Flying Wild Alaska. Can you tell me more about how you became a pilot?
AT: My grandpa was one of the first Native American pilots that started his own airline. And my dad started one of the biggest airlines in Alaska. All my uncles, my aunts, everyone’s a pilot. The only way in and out of our village is by airplane. My dad would always take us flying from the time I was born. I got my actual license in 2012, and I just love it. When you’re flying by yourself and you’re the only person in that plane, and you’re going through the air and you’re looking at all these beautiful landscapes, you’re in control of your life. You have to be present, brave, and confident. Flying solo for the first time was the scariest thing I’ve ever experienced,  ‘cause the weather changed, my radios died, it was really windy. I almost crashed, but then I didn’t, and I was like, Oh my Gosh, I can do this. And it just got easier and easier. Being up there in the sky is the most amazing feeling.

GL: When you’re working with kids through your nonprofit, are there any particular lessons that you try to pass on?
AT: Well, the huge lesson I learned in the past couple of years is that it’s hard to teach happiness. I've been playing a lot with the idea of trying to get kids curious about things. For me, it’s so much easier to explain to kids about finding things they’re curious [about], instead of just being like, Be happy! Because you can’t just be happy, but curiosity can lead to happiness. For me personally, nature is everything to me. I’ve run every day since 2001, outside. It could be negative fifty, negative sixty [degrees], and I’ll make myself go out because that’s where I challenge myself, explore new places, see different animals and birds, and get my memories and stories. I wouldn’t have been chased by a moose if I was sitting on my couch. 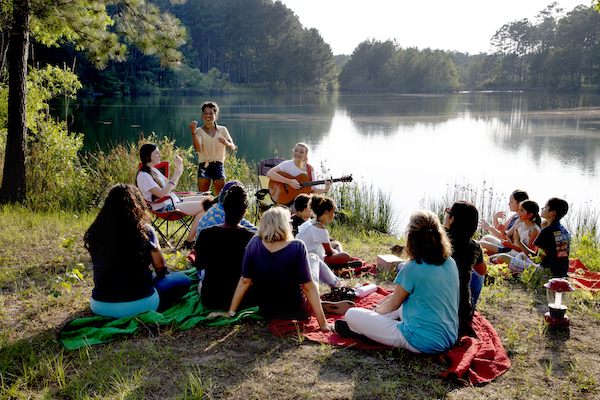 GL: The film endorses a message of connectivity to nature and to each other, but in the age of social media, there’s also pressure to be connected online all the time. How do you limit your engagement with social media?
AT: A rule that I put on myself a while ago is no social media when I’m in social environments. If I’m with my friends, I don’t go on social media.  That has helped me a lot. I’ve always had it pretty easy because I really don’t care what people think. Yeah, it helps for me to get hired on other jobs if I have more followers, but I realized, because I’ve lost so many friends, I know what matters. My family, my friends, and building memories with people I love. I’ll try and maybe post one thing a day. But I haven’t posted anything in, like, three days. I’d rather be more present with my friends and my family than on my phone looking at what Justin Bieber’s doing. I don’t know and I don’t care. Life is too short. I just want to have fun.

What's one adventure you'd love to go on? Let us know in the comments!