What you should watch this winter based on your mood rn 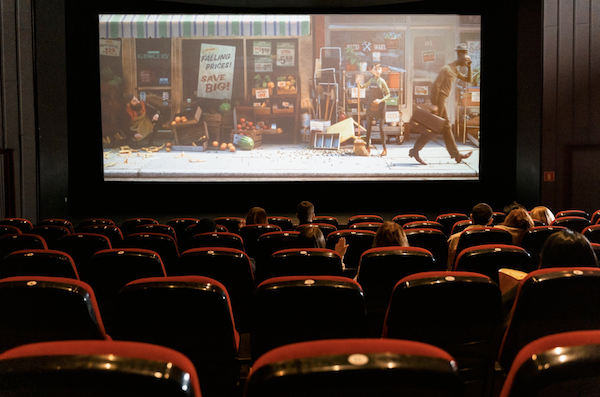 Because you *need* something new to obsess over this winter...

A group of genetically enhanced dogs are sent into space to explore the galaxy. If you could build a time machine and ask your kin- dergarten self to make up a show, it would probably be exactly this—and we mean that in a very good way, ofc. Nov. 2021.

Diary of a Wimpy Kid (Disney+)

Disney+ is reviving the Diary of a Wimpy Kidfranchise, this time as an animated movie offering a blast from our literary past. Don’t worry, allowing your inner kid to spaz out Greg Heffley-style is a completely understandable response. Jan. 2022.

Yep, this is the latest Home Alone movie and, obvi, we all know what to expect from these by now: A kid ends up home solo, and while all responsible adults have ghosted the house, robbers break in, only to encounter an elaborate series of booby traps that the kid has set to defend the house. These movies might be predictable, but they’re also the sugar cook- ies and hot cocoa of holiday content: Just sit down and enjoy them. Nov. 2021.

This year, the Netflix gods are gifting us with the third installment in The Princess Switch trilogy, with bad girl Fiona (played by Vanessa Hudgens, who also plays Queen Margaret and Princess Stacy) teaming up with a mystery man from her past to find a stolen princess relic. Complete with plenty of pal- ace intrigue, it gets a guaranteed spot on our watchlist. Nov. 2021.

Your mood: Straight up sing-along

If you’re not familiar with this classic musical, it’s a reimagining of Romeo and Juliet set in 1950s New York, where the star-crossed lovers belong to rival street gangs. Come for the palpable tension between Tony and Maria, stay for amaze dance moments and songs you’ll sing all break long. Dec. 2021.

In this sequel, the characters have to persuade a reclusive rockstar lion to join their new show. And, in true Sing style, there are plenty of adorable animated animals belting out karaoke versions of our favorite bops, including covers of tracks by Billie Eilish and Drake, plus a version of Shawn Mendes’ “There’s Nothing Holding Me Back” that will give you actual chills. Dec. 2021.

Your mood: Believing in magic

We're not sure what we’re more excited for when it comes to Encanto: the main character Mirabel’s style (slay, girl!) or the soundtrack (eight catchy original songs from Hamilton/Moana genius Lin-Manuel Miranda). JK, it’s both, and it’s a tie. Nov. 2021.

The dark and twisty mysteries of Sulphur Springs are only getting darker and twistier—not to mention more addictive. Fair warning though, the fan theory rabbit hole is real... and hitting “true crime podcast host” levels of sleuthing is very likely. Jan. 2022.

Your mood: Fully in the fandom

As Spider-Man fans, we were *here for it* when Peter Parker was revealed as Spider-Man in the end credits of Far from Home (any excuse to see more of Tom Holland’s face on screen gets a yes vote from us). In the newest Spidey adventure, Peter turns to time-wielding wizard Doctor Strange to try to undo that reveal...but the repercussions might be worse than losing his secret in the first place. Dec. 2021.

The Book of Boba Fett (Disney+)

Star Wars fans have been waiting for a deep dive into Boba Fett’s story since Disney began doing standalone movies and shows in this vast fandom universe. We don’t know much about what the legendary bounty hunter will be up to in his series, but we do know we’re going to see approximately a zillion Boba Fetts at Comic-Con next year no matter *what* the plot has in store. And, tbh, we’re not mad about that. Dec. 2021.

Your mood: Imagining that analog life

If you catch yourself romanticizing Y2K life, allow this Netflix movie to be your muse. Set at the tail end of 1999, Mixtape tells the story of a 12-year-old orphan named Beverly Moody who finds a broken mixtape created by her parents back when they were teens. In the pre-Spotify dark ages, Beverly embarks on a journey to track down the obscure tracks on the mix (and, yes, it’s a journey worth taking, but it also makes us grateful to live in the streaming age, tyvm). Dec. 2021.

There’s analog living and going off the grid...then there’s what Will Smith did for his new Disney+ series Welcome to Earth. The limited series uses the A-list actor as the audience’s guide into some of the most beautiful, remote and truly dangerous places on this planet that we like to think we know so well. This show will stir your wanderlust (and concern for climate change) in a big way. Dec. 2021.