Enter the No Bull Video Challenge 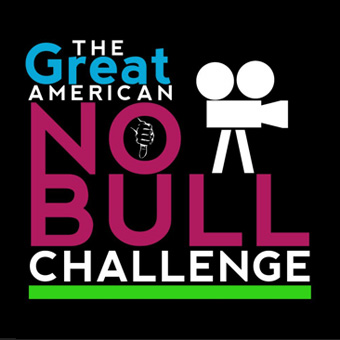 Always have a camcorder glued to your hand? Put your digi skills to good use! This year, enter the first-ever Great American NO BULL Challenge. It’s the largest campaign fronted by American youth to conquer cyberbullying to date. Now that’s a cause we can get behind! The purpose? To use social media to inspire 25 million tweens and teens to unite against bad bullying behavior.

Here’s what you’ve gotta do: Create a two- to five-minute video on how you would deal with cyberbullying. Then, log on to nobull.votigo.com to upload your video. Done that? Now it’s time to go viral! Rally everyone you know to vote for your vid. If your video is one of the top 15, you could win a stellar prize or a trip to the NO BULL Teen Video Awards in San Francisco, an event that will be attended by dozens of Hollywood hotties and inspirational athletes. But better yet, you’ll be inspiring people across the U.S.—and the world—to root out bullying. And that would be the best prize of all.

You have until March 15 to film, edit and upload your video. After that, the voting will begin! CLICK HERE to learn more and to just say NO BULL.

» Got a sticky BFF sitch? Dear Carol’s got all the answers!

POSTED IN contests, how to deal with a bully, do gooder