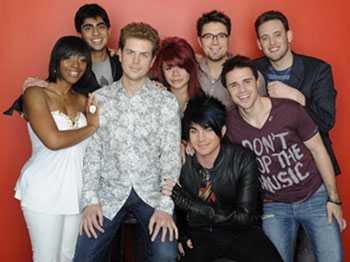 The show was packed with an array of entertaining performances and a suspenseful elimination that had my heart beating a mile a minute. The idols started off the night with a fab rendition of Journey’s “Don’t Stop Believing” that I will def be replaying later. All the idols were able to showcase their powerful vocals and Scott ripped up the keyboard like no other. 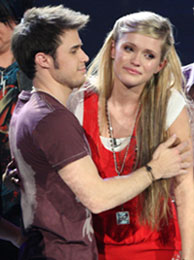 The close bond that the contestants share this season almost brought a tear to my eye. They are super supportive of one another and can even do some pretty slick impressions of each other, too (how cute!). 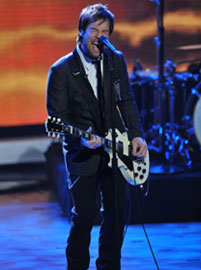 Former Idol winner David Cook took over the stage singing his new single “Come Back to Me,” which I will be downloading ASAP!

The contestants were divided into groups of three. The first batch was Matt Giraud, Kris Allen and Megan Joy. The second group included Allison Irahetta, Lil Rounds and Adam Lambert and the remaining idols were Scott MacIntyre, Danny Gokey and Anoop Desai.  I kept going back and forth over who would make up the bottom three; it was definitely a tough call! 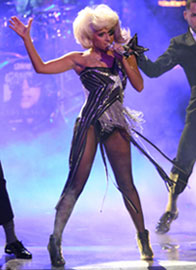 Ryan then revealed that the bottom three contestants in danger of leaving would be Megan Joy, Allison Irahetta and Anoop Desai. As they took a seat on the side of the stage, Lady Gaga performed her new hit “Poker Face.” The performance was awesome! From the robotic, futuristic dance moves to the jazzy piano filled intro—I guess you could say I went “gaga” over it! 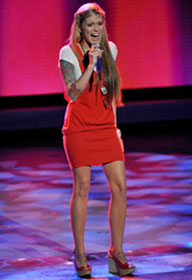 It was time for Seacrest to announce who would be leaving, and alas, it would be Megan Joy. Simon, without hesitation, said that the judges would not be saving her and she was off like a bird in the sky (literally).

Blog it out…Do you girls think that Megan deserved to go home? Who was your fave performance on the results show?