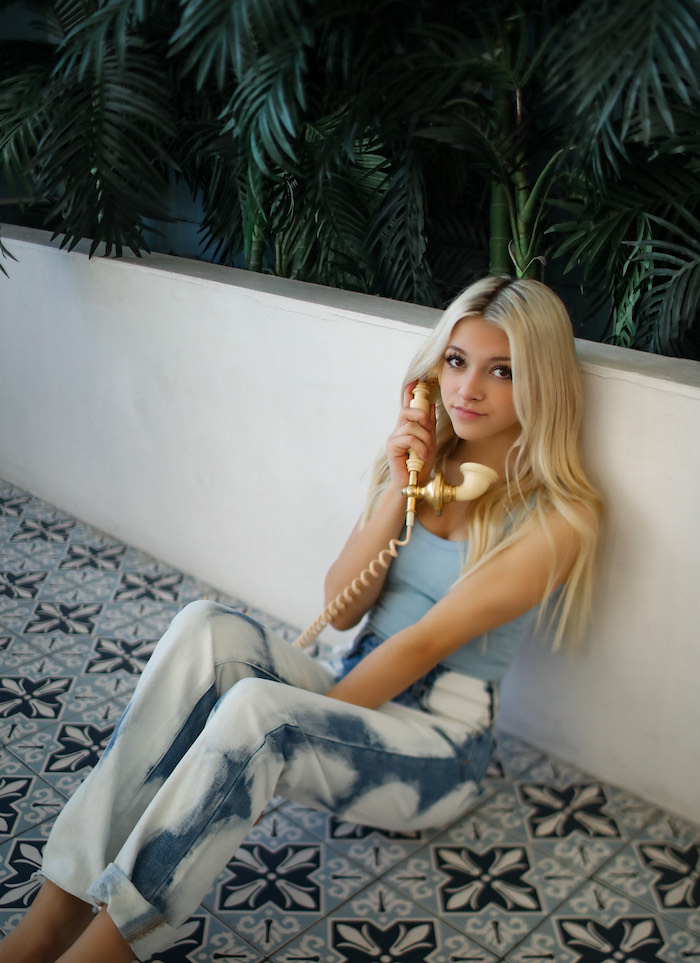 It's no secret that Coco Quinn is a star on the rise. The tween triple threat (at just 12 years old, she's a dancer, actress and singer) just released her most emotional song yet and, tbh, we're obsessed.

That's why we *had* to chat with the fabulous influencer (she has over 1.7M Insta followers) about "Secrets," young love and what's coming up next.

GL: What's "Secrets" all about?

Coco: It was such a fun process to record "Secrets" and, as my second original release, it was definitely one of my favorites. It's about a couple that's in love but he's keeping secrets from you and just acting weird. At the end, he writes a letter explaining why he's being distant and that he's sick in the hospital.

Gavin Magnus and I play the main couple in the music video and we got to shoot in Malibu and at a house in LA and then in the desert, which was a really cool and unique experience.

Coco: We've really close. I've known Gavin for about two years now and he's one of my best friends. And I guess you could say we're crushing a bit, too.

When I asked him to be in the music video [for "Secrets"], he was down for it, and he asked me to be in his. So it was this back-and-forth collaboration that kind of just happened.

Coco: "Corvette, corvette" for sure!

GL: How do you handle your social media following?

Coco: I personally love it. I love interacting with my fans so they know what's going on in my life. It could be different for other people, but it works for me. It's so cool to connect with [my followers] and do stories with my friends so they can see what's going on and how I'm doing in life.

GL: Who's in your closest crew right now?

Coco: Gavin, Sicily, Jake, Zander and Walker. Those are my closest friends. And Lexi. I'm not in Goat Fam, but I hang out with them a lot. I think I'll be in a [social media] squad eventually, but for now I'm just working on music and making merch and trying to focus on myself. 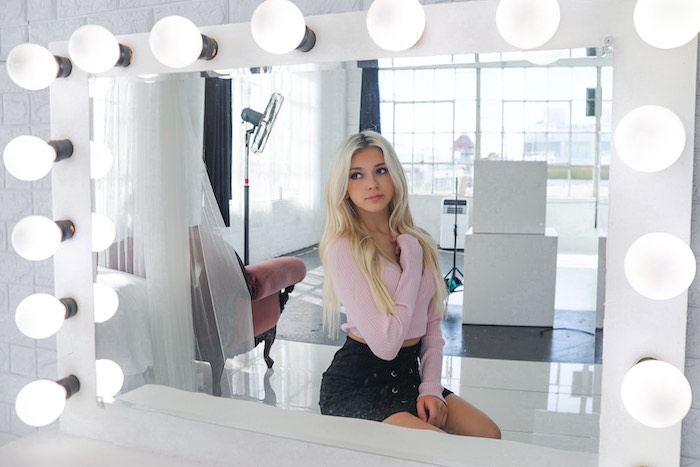 Coco: So I shower every day and I use purple shampoo twice a week. I either straighten my hair or curl it with a wand, but I don't really blow dry it and I usually let it air dry. For makeup, I do mascara, concealer, blush, contour, highlight, lip gloss and sometimes eyeliner. I learned how to do my makeup mostly from doing dance competitions when I was little, but I also learned from James Charles and all the beauty gurus on YouTube.

GL: Who do you look up to in music and social media?

For social media, I honestly look up to a lot of my friends, like Gavin and stuff. Filming YouTube videos, you learn something every day. So I really learn from my friends and look up to them.

Coco: I like using PicMonkey for filters, for poses it just depends on the outfit and how you're feeling. If you're feeling soft, do a cute pose, and if you're feeling like a baddie, pose like a baddie. I personally like putting my hands on my hips or doing peace signs or holding my hair. My mom takes most of my pictures. She's a big part of my social media life and she helps out a lot.

GL: Advice for other girls out there?

Coco: New music, hopefully an album and hopefully some merch! 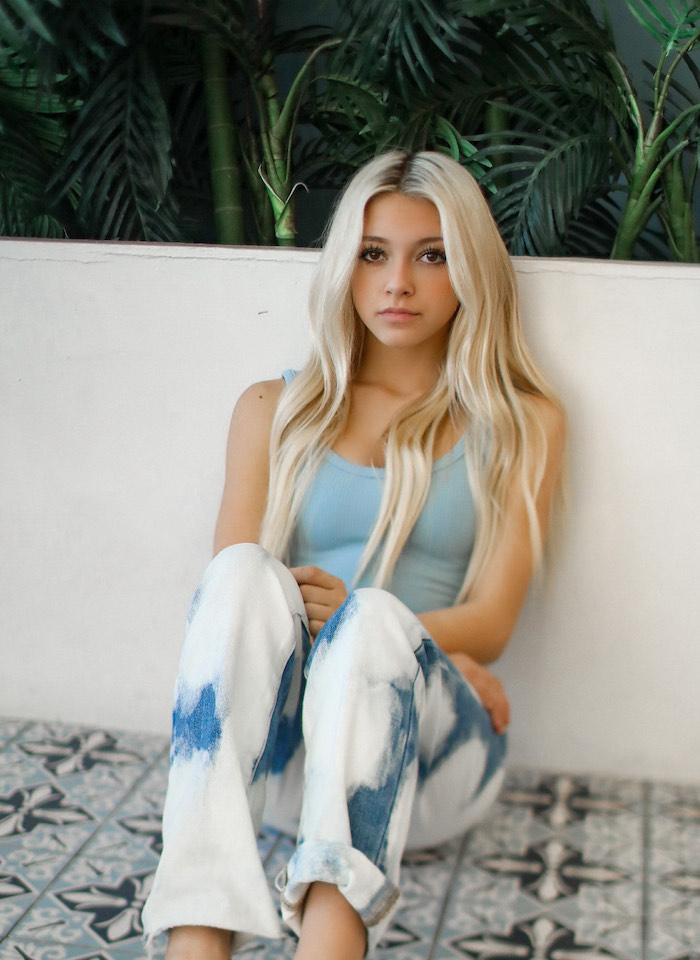 Do you *heart* Coco and her new music? Let us know on social media @girlslifemag!

Images by Ashley Roberts. Parts of this interview were edited and condensed for clarity.