GL girl Kelly tells her story of attending the SOUR tour, getting up close and personal with Olivia Rodrigo and even having Olivia repost her Insta story...

After a long journey of manifesting presale codes and getting tickets, the day had *finally* come: I was seeing Olivia Rodrigo front row on the Sour Tour at Radio City Music Hall in New York City! 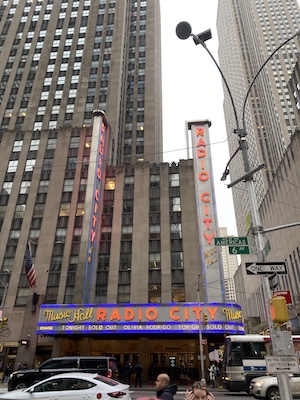 Like most fans attending one of her concerts, I had been planning my outfits for months. I wanted this outfit to be perfect, from butterfly hairclips to white platform Doc Martens—the SOUR album aesthetic was the inspiration for my outfit. 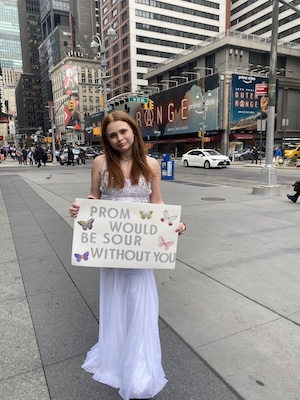 But to my surprise, Olivia announced a few days before the concert the theme of the night would be prom, which left me scrambling to find a dress. Luckily, I wore my sister's old prom dress—and it was perfect! Ofc, I had to make a prom-themed sign too. 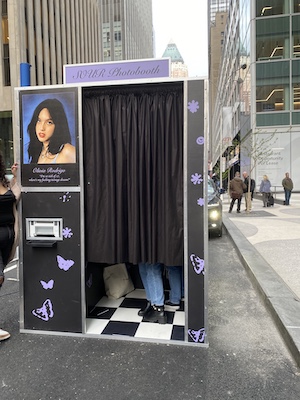 Another last-minute surprise by Olivia's team was the SOUR Tour Bus Experience. Fans with and without tickets could buy merch outside the venue, take pictures in the photo booth and make an Instagram reel. There were SOUR balloons everywhere, fun music and tons of fans lined up. I bought most of my merch here so that I wouldn't have to wait in long lines inside the venue. 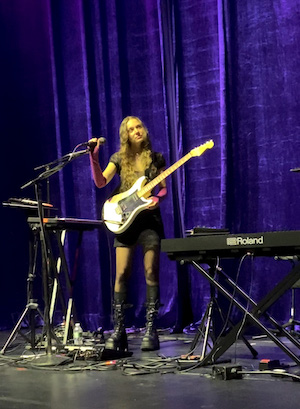 One of my *fave* singers/songwriters, Holly Humberstone, opened for Olivia on the second leg of the Sour Tour. She played 10 songs, even giving us a sneak peek of "Sleep Tight," to be released on April 29. To see my two favorites at the same concert was a dream come true! In October, I had seen Holly headline a show at the Bowery Ballroom, but that was a 500-capacity venue. Radio City Music Hall fits 6 *thousand* people!

Holly switched between guitars and piano while singing. She performed her set all by herself. A stand-out song was definitely "The Walls Are Way Too Thin," where the crowd held up their flashlights. I was even lucky enough to get the setlist. 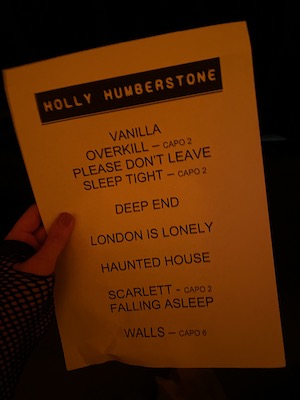 READ: Everything you need to know about Holly Humberstone

After Holly got off stage at 8:30, the anticipation was heavy, but I knew Olivia would be coming on soon as they started playing "Olivia" by One Direction. My heart was beating so fast waiting for her to come on stage. Olivia's set began with "brutal," she ran around the stage singing with strobe lights in a plaid mini skirt and heart top set. The top read "happy and healthy," a lyric from her song "good 4 u." She paired it with fishnet gloves and chunky knee-high lace-up boots. 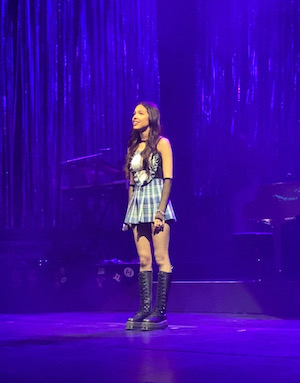 Next was my fave song, "jealousy, jealousy." The whole crowd was dancing and singing the lyrics as loud as possible.

Olivia sang "drivers license" while playing the piano and played guitar while doing a mashup of "enough for you" and "1 step forward, 3 steps back." Her voice is beautiful, and she goes from softly sung to full belting, and both sound amazing. I believe her vocals are better live than on the song recordings.

After "hope ur ok," she had an outfit change. She put on a sparkly two-piece corset top and pleated skirt set with the same boots and accessories. 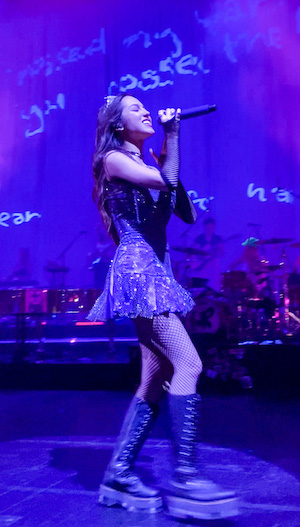 A few songs later, she played "All I Want," the first song by her I fell in love with. I was singing the lyrics as loud as I could, but I decided to try and give Olivia my phone. I flipped the camera around and reached my arm to hand it to her. She smiled and gently took it and spun around on stage. I was shaking after that. I could not believe Olivia Rodrigo *held* my phone and took a video!

I can't forget to mention her band—which definitely makes the show what it is. Not only are they super talented, but they have a fun energy and cool aesthetic to them. Olivia's band is entirely female too!

She finished the concert with "good 4 u," a powerhouse song with outstanding vocals, and confetti fell down onto the audience. 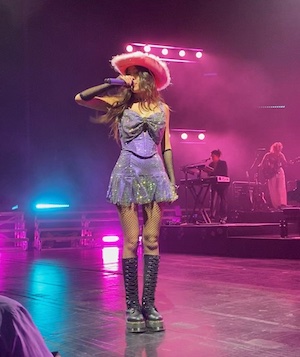 I was so in shock. Olivia's recording on my phone was incredible, but reposting my story made it even better. I didn't realize someone could be this lucky! 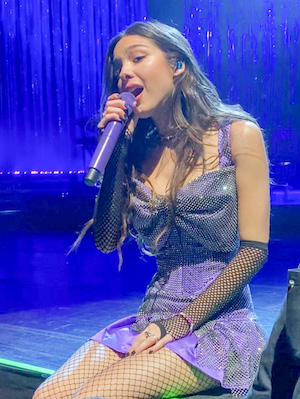 My SOUR Tour experience was better than I ever could've dreamed. I love that you get to scream lyrics to the songs that mean so much to you at concerts. The songs about loneliness, love and heartbreak that you've been listening to in your bedroom are suddenly right in front of you. Even when the music is so loud you can feel the vibration in your chest, it's still an amazing time. This concert was definitely one to remember.