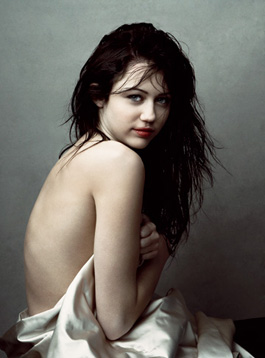 OK, we’re suckers for a bit of gossip. So what do GL editors think are the biggest stories of the year? Take a look at our list, then share what you think were the most “Whoa” moments. Wow, what a year it’s been!

TRISH: “Shia LaBeouf’s DUI.  At least all of the consequences he is enduring has showed the public a powerful message: Never drink and drive!”
KATIE A: “Miley's Annie Leibovitz photo scandal. I love how everyone ignored the creep-out pics  with her dad.”

KATIE MS: “Britney Spears...need I say more? Then again she was probably to best scandal in 07, 06 and prior. JK!”


ANDREA: “The Miley Cyrus photo shoot with Vanity Fair because you literally heard about nothing else for about a week. EVERYONE was talking about it. Was it inappropriate? Was it just "art"?  I think the verdict is still out but it definitely rocked the scandal world.”

JIAE: “Jamie Lynn Spears is prenant! Wait, was that ’07? Who cares? SO shocking it can go another year!”

KERI: “Mariah Carey and Nick Cannon getting married. Who would have ever guessed? Not me!”

SHERRYN: “Anything with Britney Spears”

AMANDA: “So some members of the GL staff have had the opportunity to meet the Jonas Brothers and Taylor Swift. And truth be told, they’re all nice people. But when the Taylor-Joe breakup took center stage in the gossip columns, I couldn’t look away. It’s like the drama that happens in schools across the country—but on national television! And, the Jamie Lynn pregnancy announcement. And Heath Ledger’s sudden and so tragic death. And, what about Miley’s OTHER pictures with the rumors that they may or may not be her? Clearly, I could go on for days…”

What was most shocking to you this year? Blog about it, babes.