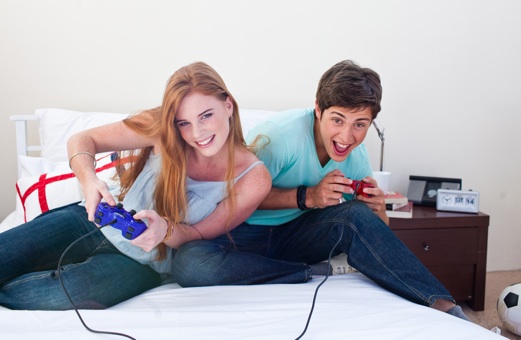 OK, I like NASCAR, cars, steak, hockey and video games (Grand Theft Auto). I’m not the slightest bit athletic, but I would think I have everything a guy wants. Why do I not have a guy?

His Answer: “It's not so much about what the guy wants from you. Hopefully both of you can find qualities in each other that you like,” says Ryan S., 16. “I think you should be looking for a friend first, then as time passes, you two will come closer together because of the aforementioned qualities and attributes.”

Decoded: Be yourself! Don’t try to like things you think guys like—a guy will like you for YOU, not because you’re like his best bud. Make friends with a guy (which could be easy because of your similarities) and then see if you can move on from there.

Your move: Go make some new guy friends! Say hi to the cutie you’re working with at camp, flash a smile at the lifeguard, maybe even strike up a convo at your bro’s hockey game. Then get to know them—have a casual hangout, like a video game marathon. Get the ball rolling and do things you both like—then he’ll get to know more of you, and figure out what a cool person you are.

POSTED IN guys, Dating, GL's best guy advice, how to get a BF, how to flirt, crush crash course